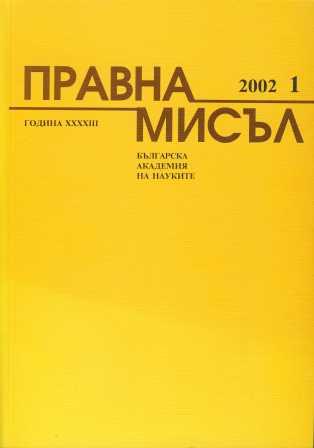 Summary/Abstract: The main thesis of the article claims, that the reform of the control mechanisms, which was initiated by the Eleventh Protocol of the European Convention on Human rights, has removed the political elements and contributed to the consolidation of the judicial ones. This outcome strengthens the common European legal space in the humanitarian area, established in the Convention. The article deals with the analysis of the judicial specifics of this space, which has been determined by international law sources, by the subjects of law. acting in it, by the subject of international law regulations and by the international legal control, taking place in it. The work of the European convention on Human Rights towards the European Union is also a subject of research. In the opinion of the author the European Union should become a part of the Convention, where by the European Court on Human Rights in Strasbourg and not the Court of European communities in Luxembourg, should remain the most respectable interpreter of the rights, originating in the European convention on Human Rights. Last but not least the article explores the effect of the Convention on the democratic developments in Eastern Europe and on the European integration process. The rights, proclaimed in the convention should be regarded as the necessary threshold, which the country, aiming a European Union membership shouldn't go down.