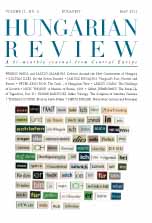 Summary/Abstract: A coup d’etat against Soviet President Gorbachev was attempted in Moscow on 19 August 1991 by hard-liners, but thanks to the resolution of Russia’s President Yeltsin and due to the unequivocal position of the Soviet Army it failed. The Baltic States made good use of the turmoil and pressed ahead with their claim for the restoration of their sovereign independence. Hungary gave them the strongest possible support, not only by a declaration issued by the Government on 24 August, but also by resuming diplomatic relations (“dormant” since 1940) with them and inviting President Landsbergis and the three foreign ministers to Budapest for signing the protocol about that on 2 September.