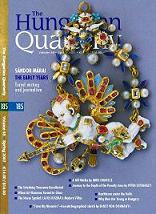 Summary/Abstract: Charles Gati: Failed Illusions: Moscow, Washington, Budapest and the 1956 Hungarian Revolt. Washington D.C., Woodrow Wilson Center Press–Stanford, California, Stanford University Press, 264 pp. With the socialist-liberal coalition winning the general election in April 2006, it was to be expected that the commemoration of the fiftieth anniversary of the Hungarian Revolution was not going to be a straightforward ceremonial event. Even if there had been an honest squaring up to the crimes of Communism in Hungary, it would still have been hard for former revolutionary fighters and their descendants to commemorate 1956 alongside members of the successor party to that which had provoked the Revolution, had helped to crush it and had presided over the merciless retribution.