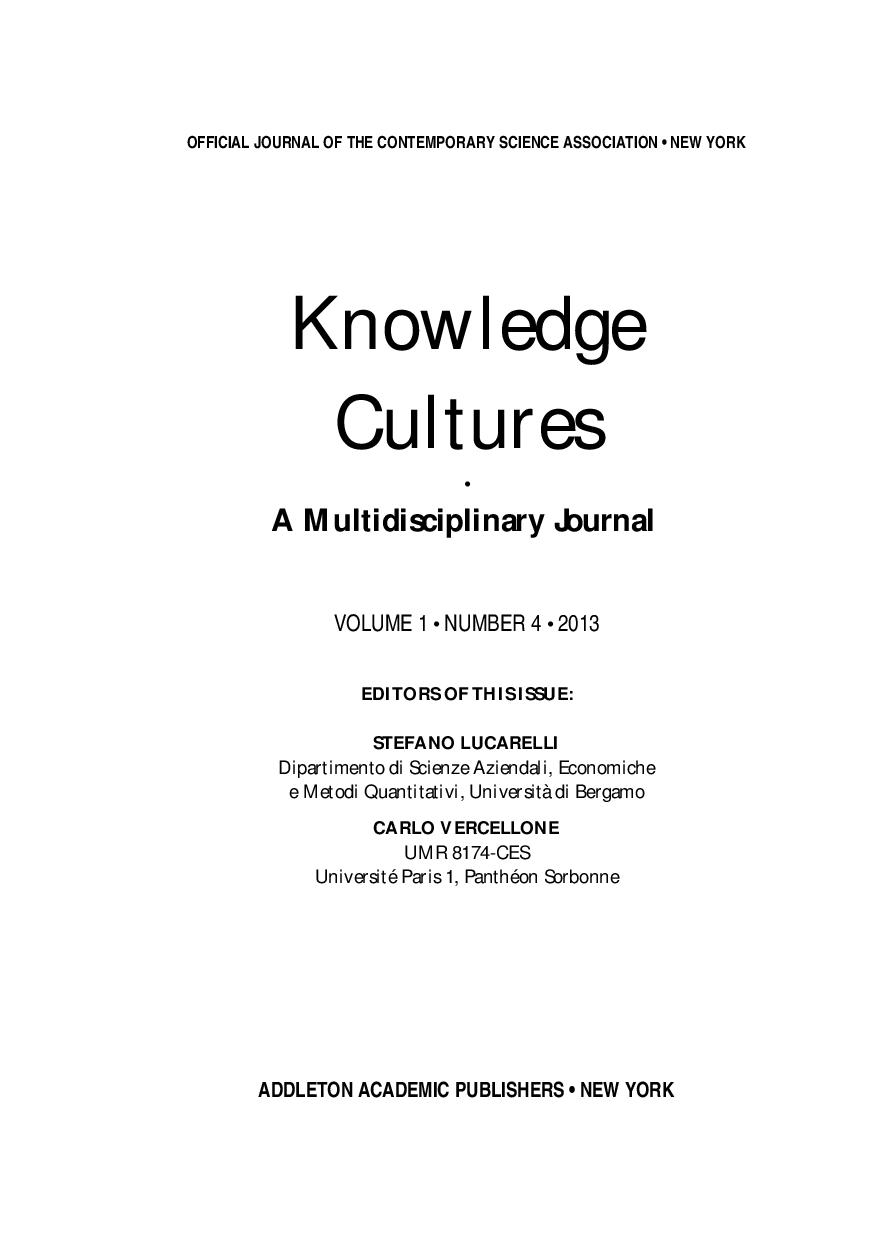 Summary/Abstract: What is the role played by cognitive-cultural production? What are the meanings and the stakes of the “feminization” of labor? What is the meaning of “Digital Taylorism”? Is the metropolis today a functional substitute for the factory in the context of industrial capitalism? What is the role of universities in cultural-cognitive capitalism? Is there a contradictory relationship between knowledge-based economy and cognitive capitalism? Stefano Lucarelli, Michael A. Peters and Carlo Vercellone interview Allen J. Scott.