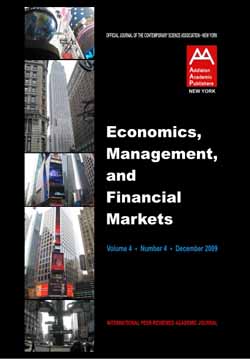 Summary/Abstract: The ‘green economy’ has emerged as a strong policy direction in Obama’s administration with $100 billion in dedicated funds over the next decade to provide infrastructure investment for a range of initiatives including alternative energy technologies that will lessen the reliant on foreign oil supplies. The concept of the ‘green economy’ has appeared at the point of the collapse of neoliberal ideology of deregulation and a new age of poverty after the worst global recession since WWII. First, this paper reviews the claims of ‘green capitalism’ examining, in particular the promise of distributed energy systems and the ‘hydrogen economy’ as proposed solutions to the energy problem of the U.S. economy. Second, it proposes a postmodern critique of neoliberal economics before examining conceptions of the green economy and its sustainability. The paper concludes by looking more broadly at the need for a broad shift from anthropocentric conceptions of economy to one based on a systems framework, and in this light, considers the relations among ecopolitics, environmental education and prospects for green capitalism.