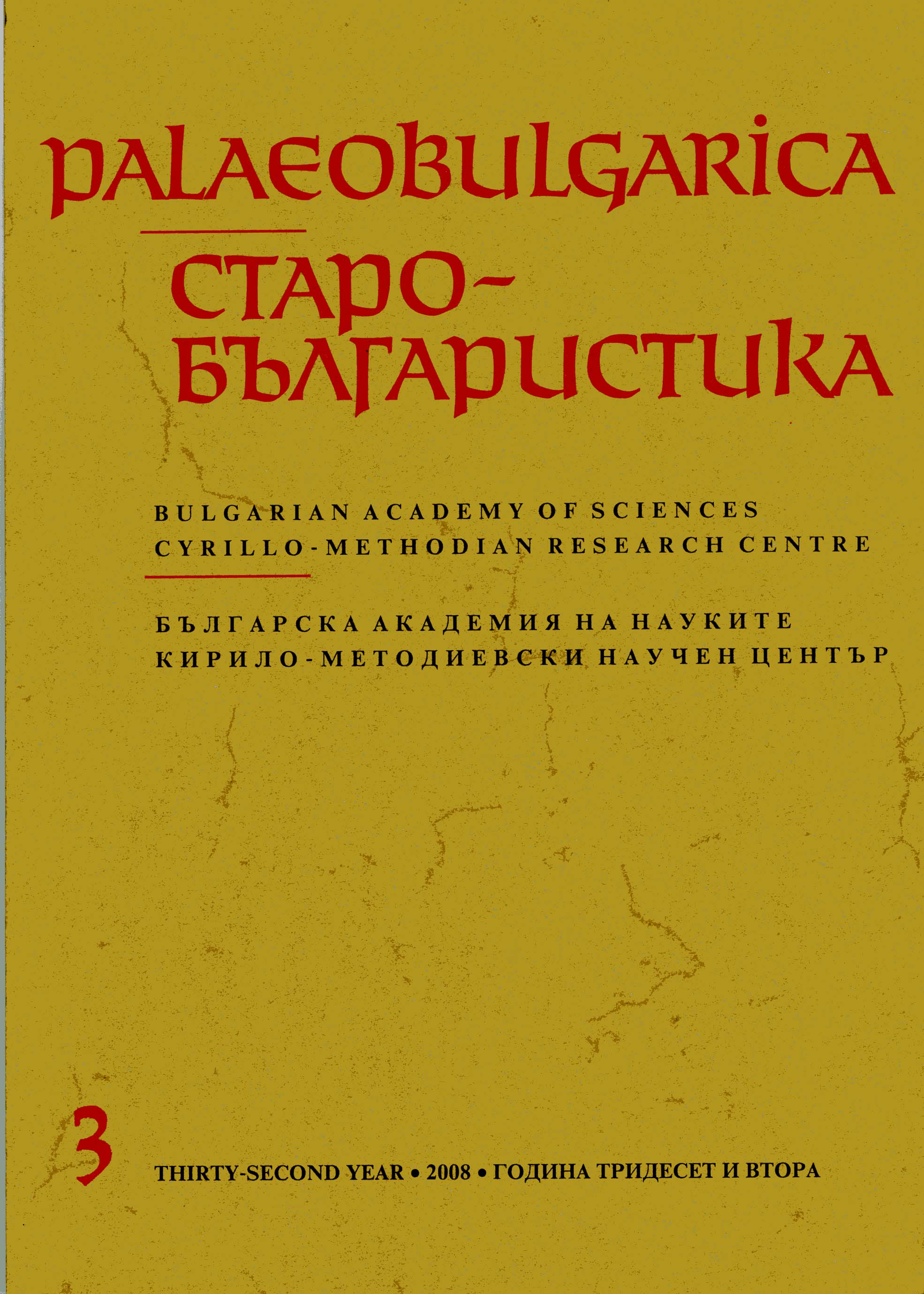 Концепцията за предхристиянската писменост и литература на българите в историко-филологическите построения на Г. С. Раковски и някои негови последователи
The Concept of the Pre-Christian Writing System and Literature of the Bulgarians in the Historical and Philological Concepts of G. S. Rakovski and Some of His Followers

Summary/Abstract: The article discusses some of the historical views of the Bulgarian revolutionary and political writer G. S. Rakovski, which took shape during his stay in Odessa (1858–1860). At that time, impelled by feelings of patriotism, Rakovski produced a number of works aiming to promote the idea that in ancient times the Bulgarians arrived in the Balkans from India bringing along a rich literature and a writing system from which, long before the Christianisation of 864, the Glagolitic script originated. The analysis of Rakovski’s printed works and letters, as well as of some unpublished manuscripts in his archive, reveals the sources of this concept: Yu. Venelin’s fantastic notions, V. Grigorovich’s idea of the Glagolitic script as an ancient pre-Christian writing system of the Slavs, A. Hilferding’s parallels between Sanskrit and various Slavonic languages (Bulgarian included), O. Bodyanski’s and K. Zelenetski’s surveys of SS Constantine-Cyril and Methodius’s work, etc. Although devoid of any scholarly value, Rakovski’s theory helps to boost the self-esteem of the Bulgarians at a time of bitter struggles to break away from the Constantinople Patriarchy and to achieve cultural and educational emancipation from the Greeks.