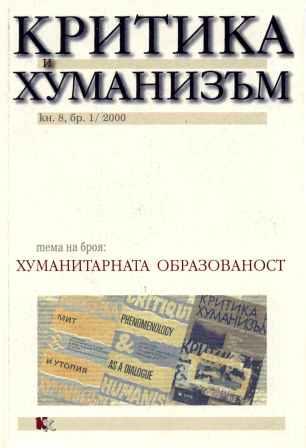 Summary/Abstract: The article examines the nature of the political ideology adopted by Tsar Symeon. It stresses upon the aspiration of the Bulgarian ruler, who proclaimed himself Basileus of the Romans, to become an embodiment of the early Bysantine concept of the 'ideal' emperor. By way of illustration the author highlights the importance of the Old Bulgarian translation from the end of the 9th and the beginning of the 10th c. of Exposition of Heads of Advice, a work addressed by Deacon Agapetos to the Byzantine emperor Justinian I (527-565). The image of Justinian as a god-elected, godlike and almighty emperor-philosopher, an embodiment of the supreme Christian piety drawn by Agapetos was practically readdressed by the anonymous Bulgarian translator to Symeon I . The inclination of the Bulgarian ruler to copy and follow the early Byzantine ideological models is suggested by the author as a possible explanation of the frequently noted orientation of the closely associated with Symeon Preslav writers towards early Christian and early Byzantine literary models. The reason for the absence of ecclesiastical veneration of the pious and highly-educated Tsar Symeon, the son of a prince-saint (Boris I - Michael) and father of a tsarsaint (Peter I), should be sought in the traditionally negative attitude of the Church to the idea of the godlike nature and almightiness of the emperor as well as in the fact that this Bulgarian ruler relinquished monkhood to take the power over his people.