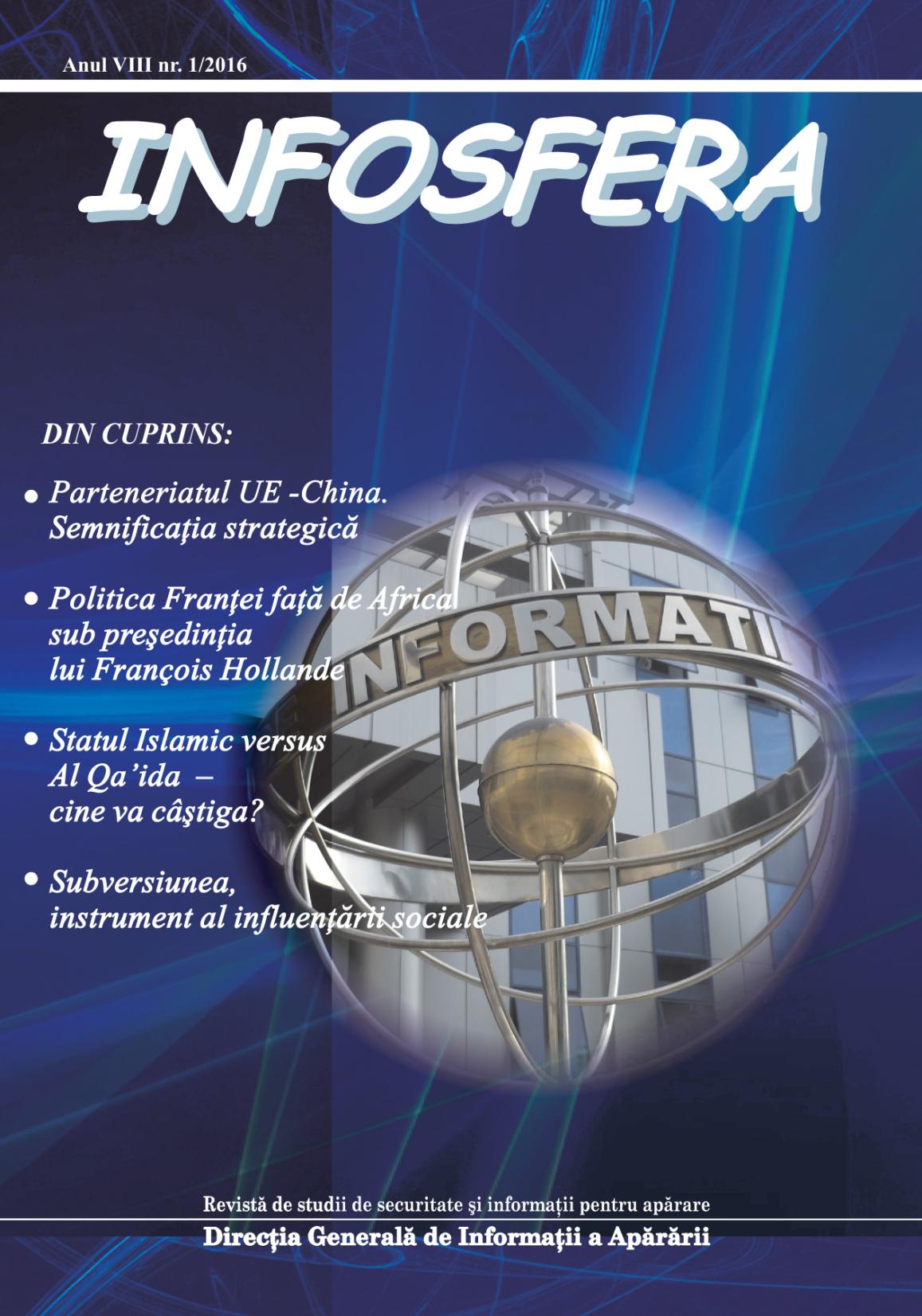 Summary/Abstract: The upholding of the civil war in the Middle East has led to the escalation of radical Islamic movements (the emergence of Islamic State in Irak and Levant, later on called Islamic State), spreading instability around neighboring states and escalation of terrorist threats, mostly within European space. This is the result of the returning to the home land of the ones who fought in Irak and Siria alongside Islamic groups. The conflicts between the two states, civilians misery and forced recruitment led to a significant growth of the immigrants from the Middle East, who, during the last half of 2015, have brought huge pressure upon the Southern border of the European Union.The current security background requires immediate and suitable action through facts not only attheoretical level, including and generating political, military and strategic measures, with major impact on the international security environment. Migration must be understood in its essence, along with its causing factors and, moreover, with its possible results on short, middle or long term.