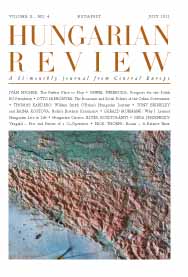 Summary/Abstract: The EU presidency is not what it used to be but one should not give up on it altogether. Such is at least the mood in Warsaw as Poland prepares to take over from Hungary the steering wheel of the Union. Interestingly, as the process of integration deepened over the years, the presidency had been gradually strengthened in its roles of management, mediation and representation. It is only since the Treaty of Lisbon that the presidency started giving up and sharing functions with the new permanent actors. Not surprisingly, the member states have had to socialise into the new setting.