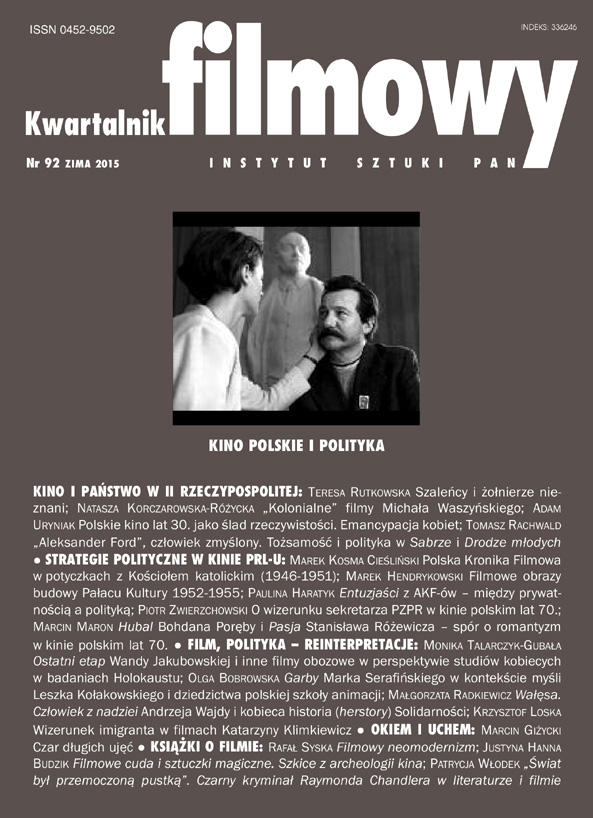 Summary/Abstract: Bohdan Poręba’s „Hubal” (1973) and Stanisław Różewicz’s „Passion” (1977) are two films that in a different way refer to the libertarian aspects of the Polish romantic tradition and their meanings are closely linked to the political context of the 1970s. In both works there are a number of typical Polish romantic topoi and clichés associated with romanticism, such as the motif of an act of independence, the theme of sacrifice made in a situation where victory is impossible, or finally the key figure for both of these films – the romantic hero – an indomitable rebel. However, there is an important difference between the approach of both artists to these themes. Hubal is in fact a film in which the “romantic legends” were used as a persuasive factor aimed at appropriating traditional notions of history by official state discourse created by the communist authorities. In contrast Passion is a work in which there is a genuine historical reflection and important questions are asked about the meaning of revolutionary and independence action as well as dangers associated with it. These issues have been raised by the director in the film based on the story of the events of the so called Cracow 1846 revolution and the fate of its leader Edward Dembowski. Both films can be interpreted in the context of the growing political crisis and social tension of the 1970s Poland. The article discusses this context, refers to the romantic philosophy of Edward Dembowski and outlines the critical reception of films by Poręba and Różewicz.