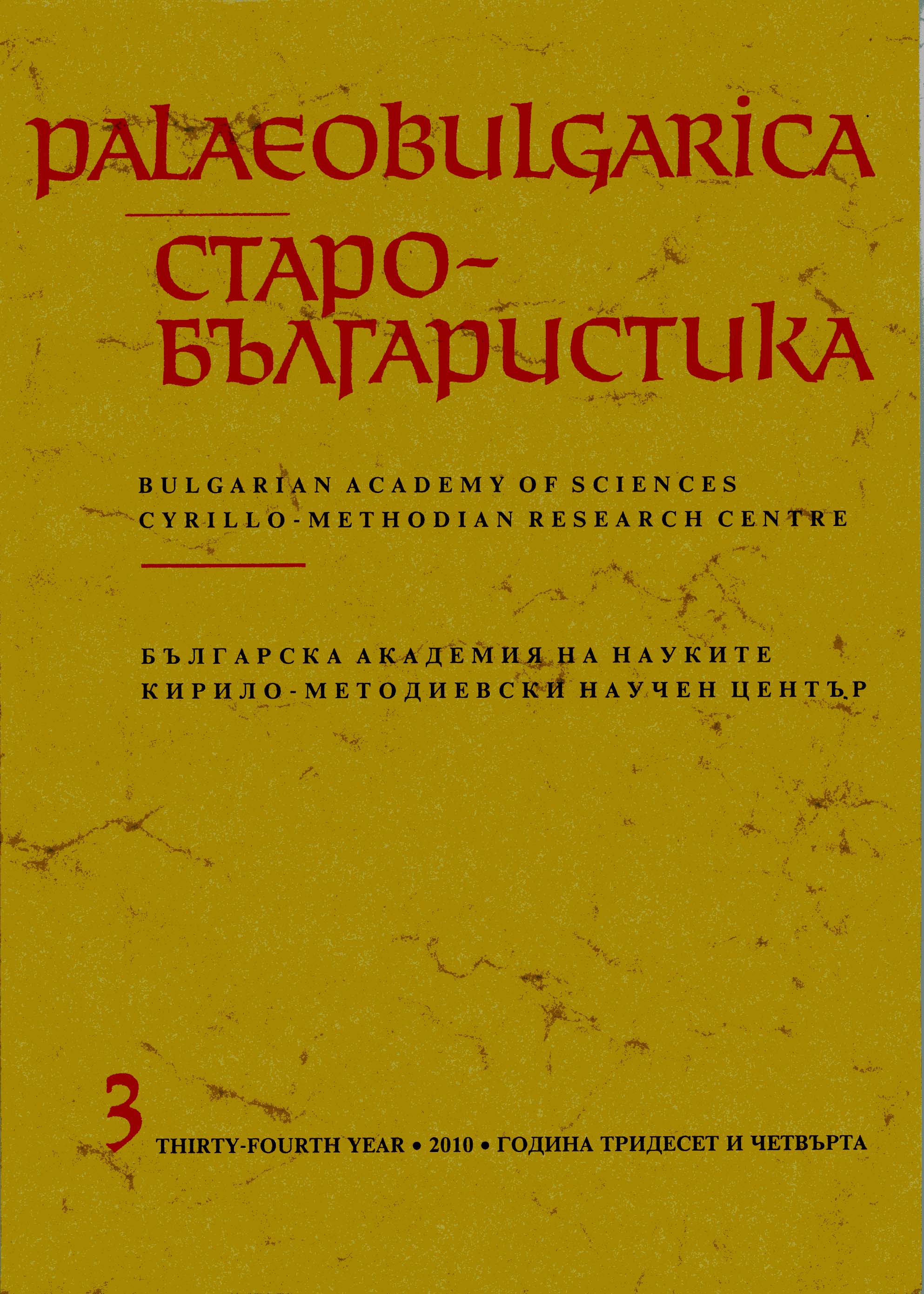 Summary/Abstract: In the collection of the Church Archive and Historic Museum to the Bulgarian Orthodox Church Synod in Sofia, a manuscript, written on paper in the 16th с and known as the Urvich Codex, is preserved numbered 368. Its first part, pomenik, connected with the monastery of Kokaljane near Sofia, was edited in 1935 by Ivan Goshev; the second one is a selection of literary works dedicated to the bodiless powers, particularly Michael and Gabriel the Archangels. The Urvich Codex seems to be a very interesting evidence of the mediaeval cult of St Michael the Archangel in the Balkans. As the one and only known (by now) manuscript dedicated solely to angels, it is composed of four texts appropriated for two liturgical feasts: the Miracle in Chonae (the 6th of September) and the Council of Michael the Archangel and other bodiless powers (the 8th of November). The texts are as follows: 1) Miracle in Chonae (BUG 1282); 2) Praising sermon for Michael and Gabriel the Archangels by St Kliment of Ohrid; 3) Feast about the Seraphs, the sixth sermon from the collection Margarit ascribed to St John Chrysostom (BUG 124); 4) Sermon on bodiless powers ' Council by John, bishop of Ruchaita (BUG 128). It may be assumed, that the second part of the Urvich Codex has been written in the Kokaljane monastery or for its order, as its contents - strictly related to the name of its patron saint - proves. Apart from that, the codex might have been a valuable gift of the local communities for the monastery and the Archangel himself- particularly, because it couldn't be used practically, as read only twice during the liturgical year. The selection of the Urvich Codex' angelological sermons seems to be considered deeply: they are most important and even pivotal for understanding and celebration of the Archangel's feasts liturgical texts. Its author has chosen: 1) the most authoritary text: Praising sermon for Michael and Gabriel the Archangels by St Kliment of Ohrid, known from at least 150 copies and very popular from its beginnings; 2) the story of one of the oldest sacred places dedicated to St Michael - church in Chonae in Asia Minor; 3) a text by the classic homiletic author: Feast about the seraphs by St John Chrysostom; 4) Sermon on bodiless powers ' Council, so showing the whole type of sanctity' represented by St Michael. The Appendix consists editions of texts as follows: 1. Miracle in Chonae after ms CIAI 368, f la–14b; 2. Feast about the Seraphs ascribed to St John Chrysostom after ms RM 4/5 (15th c), f 186b-190b, and ms CIAI 368,f 25a-36b; 3. John, bishop of Ruchaita, Sermon on bodiless powers' Council after ms Chilendar 496 (-1430 г.), f 250a-266b, and ms CIAI 368, f 37b-50b.