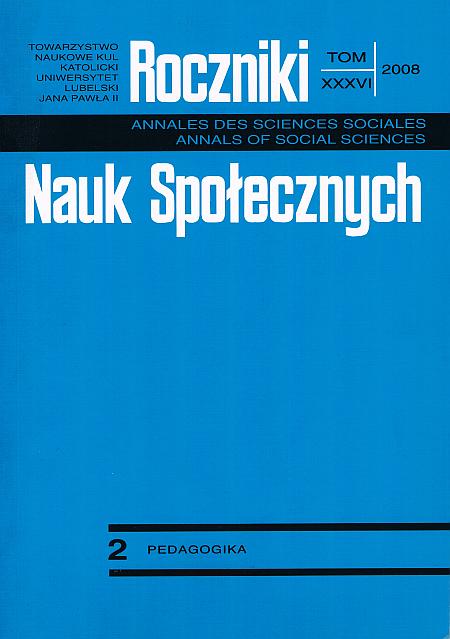 Summary/Abstract: The background to the deliberations presented in this article is the contemporary chaos of views surrounding the relation between pedagogy and philosophy. As a point of reference in this discussion the author recalls the position of the German classical pedagogue Johann Friedrich Herbart (1776-1841). The concept of Herbart's philosophical pedagogy was shown in three parts. The first was the reconstruction of the vision of dependence between pedagogy and philosophy based on the statement of the German pedagogue as well as the later critic Bogdan Nawroczyński. The issues which were resolved were education and the philosophy of pedagogy.The second chapter is focused on the Herbart understanding of the concept or idea. Using this term an attempt was made to show the realistic sources of the author's philosophical and pedagogical position. In particular the metaphysical, ethical and aesthetic aspect of the idea was discussed which create a basis for his pedagogical implementation. The philosophical character of Herbart's pedagogical theory shows itself in its entirety in his “pure idea of pedagogy”. Contrary to that of other German pedagogues it does not concern the project of education referring to transcendental philosophy but about the connection between pedagogics and ethical ideas. Recognition of the link between ethical virtue and education is the answer to the question of the relationship between pedagogy and philosophy.