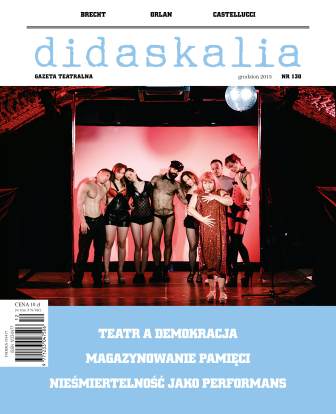 Summary/Abstract: Weronika Szczawińska calls attention to the growing interest in collective memory in the Polish theater of the 1990s. In her analysis of the memory metamorphoses in the theater, she usesJay Winter's notion ofa “memory boom.” At the beginning the article addresses the crisis of the discourse on memory and the collective, and the revision of the concept of communality following the political transformations of 1989. Drawing reference to texts by Beata Guczalska, Jacek Sieradzki, and Grzegorz Niziołek, Szczawińska presents a multifaceted picture of how themes of history and memory have appeared on the Polish scene from the 1990s to the early 2000s. In sum, she forwards the thesis that the memory turn in Polish theater serves a therapeutic function, helping to salvage a modern collective identity after the transformation with fragments of a previously repressed history.