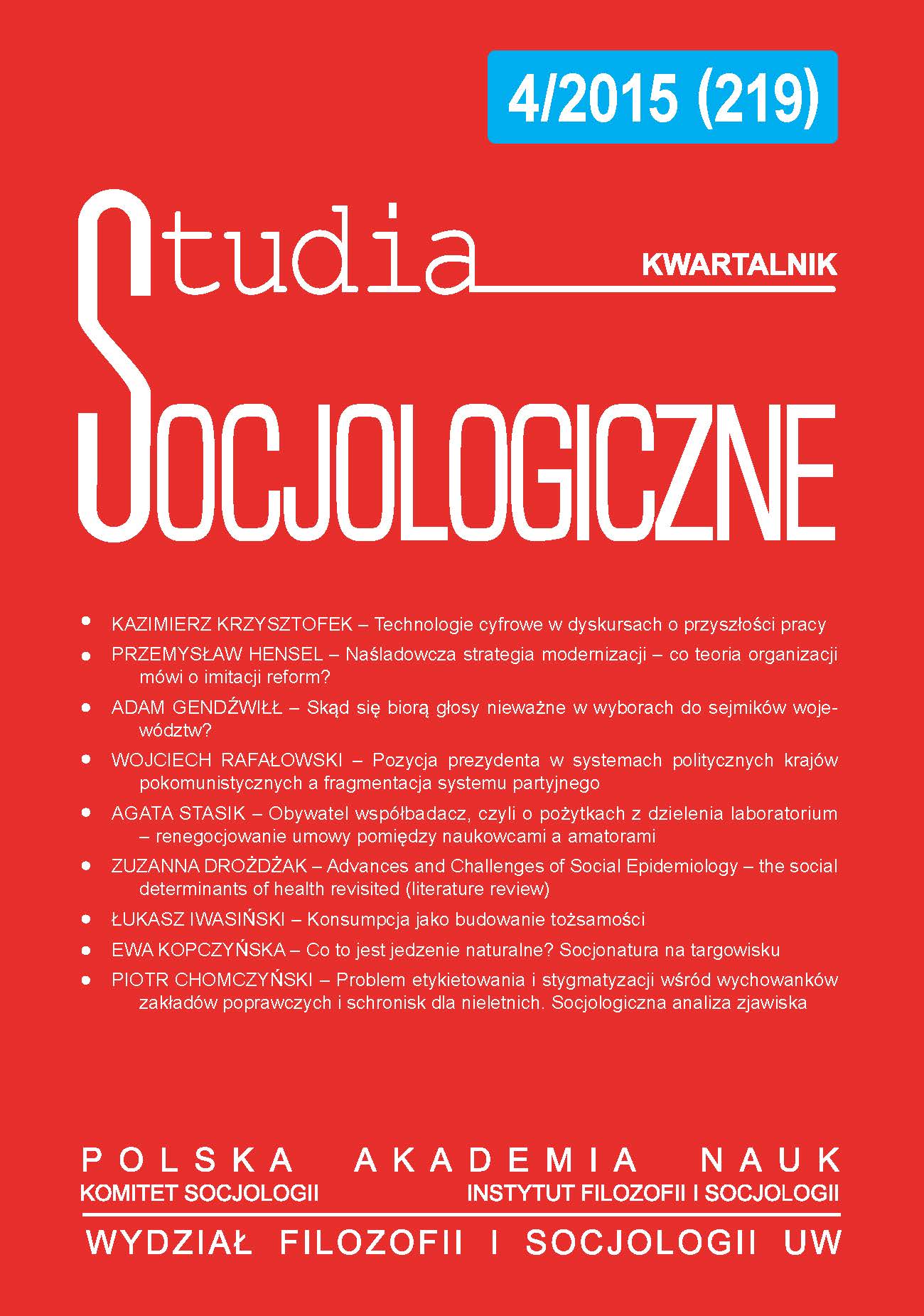 Summary/Abstract: The presidential powers and the direct elections of the head of the state are two crucial components of presidentialism. Despite the two elements being logically and empirically correlated, they can lead to contradictory consequences for the number of parties in a polity. Strong presidents may use their informal influences to support their own political milieu and to encourage the concentration of votes. On the other hand direct election of the president allows all the candidates to establish and promote their own parties and help them in gaining support in elections that might lead to greater fragmentation.In this paper I confirm the aforementioned hypotheses testing the independent effects of presidential prerogatives and the mode of election on the number of parties at the electoral level using data from post-communist countries.