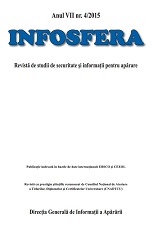 Summary/Abstract: The 2011 series of protests and riots, known as the “Arab Spring” swept away Ba’athist and Nasserist regimes in North Africa. One after another, secular Arab world leaders were removed from power by the anger of a population caught between a secular and repressive plutocracy and the utopian fantasies of a Medinatype society promised by the Salafi sts. Ummah al arabiyah is day by day becoming Ummah al Islamiyah, as the Western democratic model is demonized and the specter of terrorism extends throughout Northern Africa. Libya’s Gaddafi regime collapsed creating a hotbed of instability with reverberations across Africa and threatens to destabilize European countries, too. What are the implications of Lybia’s failure on European security? How serious is the situation?