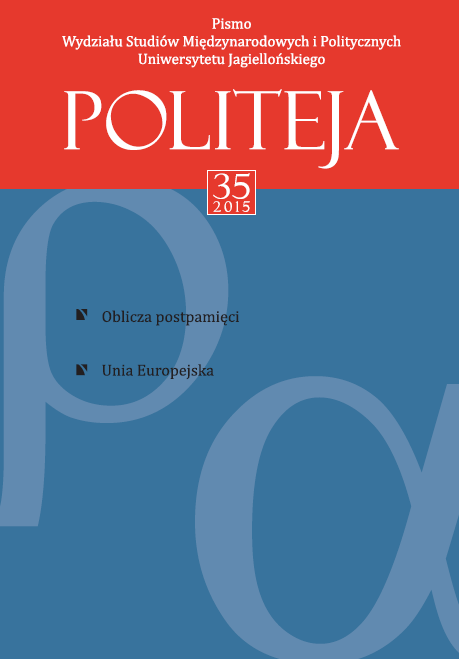 Summary/Abstract: Tony Judt (1948 -2010) descended from a Jewish family. He ran an active life.Judt was considered a unique erudite because he knew French, German andCzech fluently. He was a historian who specialized in the latest European history,an author of the brilliant synthesis Postwar. A History of Europe Since1945 and many other books. He was also a Professor at New York University,and Director of NYU’s Erich Maria Remarque Institute, a political commentatorand an essayist. In his prime he fell ill with amyotrophic lateral sclerosis(ALS), also known as Lou Gehrig’s Disease, which he described with medicalprecision in his autobiography The Memory Chalet. Being confronted withterminal illness it is hard to find right words to describe this difficult position.The seriously ill searches for adequate comparisons and conceptual models.Tony Judt, like Ulla -Carin Lindquist and Agata Tuszyńska, finds them in thesemantics of the Holocaust. Judt confessed that the Holocaust was always closeto his life. In the book Thinking the Twentieth Century he called himself “heirof the Holocaust”. In the latest statements of Judt one can find discreet tracesof postmemory.