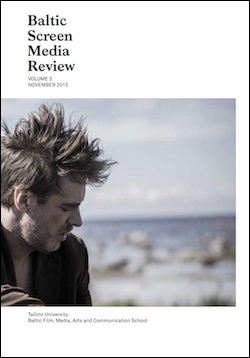 Documentary Cinema: A Case Study of the Documentary Ruhnu (1965) by Andres Sööt

Summary/Abstract: This article aims to fi nd out how Soviet Estonian documentaries constructed the national discourse in the 1960s, by focusing on the case of the 10-minute documentary Ruhnu (1965) by Andres Sööt. Ruhnu was the fi rst Soviet Estonian documentary released after World War II that romanticised Estonian nationalism. In order to narrate the national ideals considered undesirable by the offi cial ideology, the Soviet Estonian fi lmmakers often chose to portray characters embedded in the nationalconsciousness as archetypal heroes from pre-Soviet times and the landscapes associated with them. In the desire for past times, national heroes and idealised landscapes were constructed and naturalised in a contemporary context. The article raises the question – what kind of heroes, landscapes and activities were used to construct the national identity and which elements of fi lm language were used? The research method used, critical discourse analysis, allows us to analyse the archetypes created in the documentary and the archetypal landscapes used as a framework for the narrative.