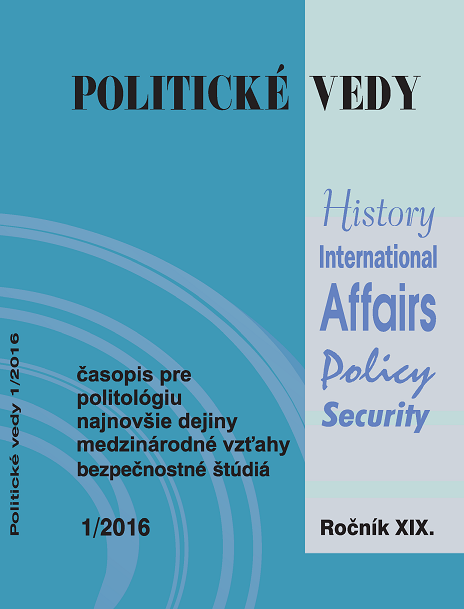 Summary/Abstract: In the current international environment good reputation has become a valuable and valued tool, which helps to fulfill the interests of individual actors. Public diplomacy has become a way of achieving or enhancing the perception and the reputation of the entity. The article focused on the external dimension of the EU practice in this area. In this study, recent developments in European structures were presented, together with the identification of various key players, used tools and related legislation. The aim of the article was to chart a path that passed the EU in building the reputation and also to identify the main trends of the current development, stakeholders, systems and used instruments. This text attempted to capture the specificity, as well as positives and possible problems of public diplomacy in the EU context. Analysis of public diplomacy in practice of the EU was based on linking the issue with soft and normative power. The theoretical framework was also based on the distinction of various concepts and different approaches to definitions of public diplomacy. The results show that European institutions and especially the European Commission have the leading role in this process. It was confirmed by the adoption of the Lisbon Treaty, which marked a fundamental shift towards a truly European public diplomacy, presenting common European values and emphasizing the positive aspects of the process of European integration. Perspectives of further development put stress mainly on the coordination, deepening the dialogue and mutual communication among actors and towards the target groups.