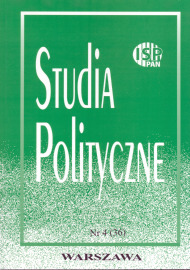 Summary/Abstract: One of the results of cooperation between the United Nations was a discussion and creation of a new system of global security, an intergovernmental organization called the United Nations. The Dumbarton Oaks conference, held in the fall of 1944, played an important role in this process as representatives from all the present countries decided on a draft of the future charter.The conversations were held in two phases. In the first phase, which lasted from 21st August to 28th September, representatives from the United States, the United Kingdom and the Soviet Union convened. The second phase, which lasted from 29th September to 7th October, included representatives from the Republic of China, the United States and the United Kingdom. The division was due to the fact that Moscow did not want to provoke Japan which was at that time at war with China for they feared that Tokyo might want to break the non-aggression pact. The first phase was the most important as it lead to the creation of the document called “Proposals for the Establishment of a General International Organization”, which constituted almost the complete charter of the United Nations. Only a few issues were unresolved at that time including: voting of permanent members in the United Nations Security Council, establishing the primary members of the organization, and dependent territories. Two more issues including the charter of the International Court of Justice and protocol for dissolving the League of Nations were not discussed due to their specific character. These two issues were later discussed through diplomacy and they were eventually resolved at Conferences in Yalta and Malta. Following the “Proposals” a UN Conference on International Organizations was held in San Francisco between April 25th to June 26th. The outcome of the conference was the establishment of the final version of the charter – the United Nations Charter and the Statute of the International Court of Justice. Dumbarton Oaks Conference is believed to be one of the most spectacular outcomes of cooperation between countries as it lead to establishing foundations for post-war peace in the world.