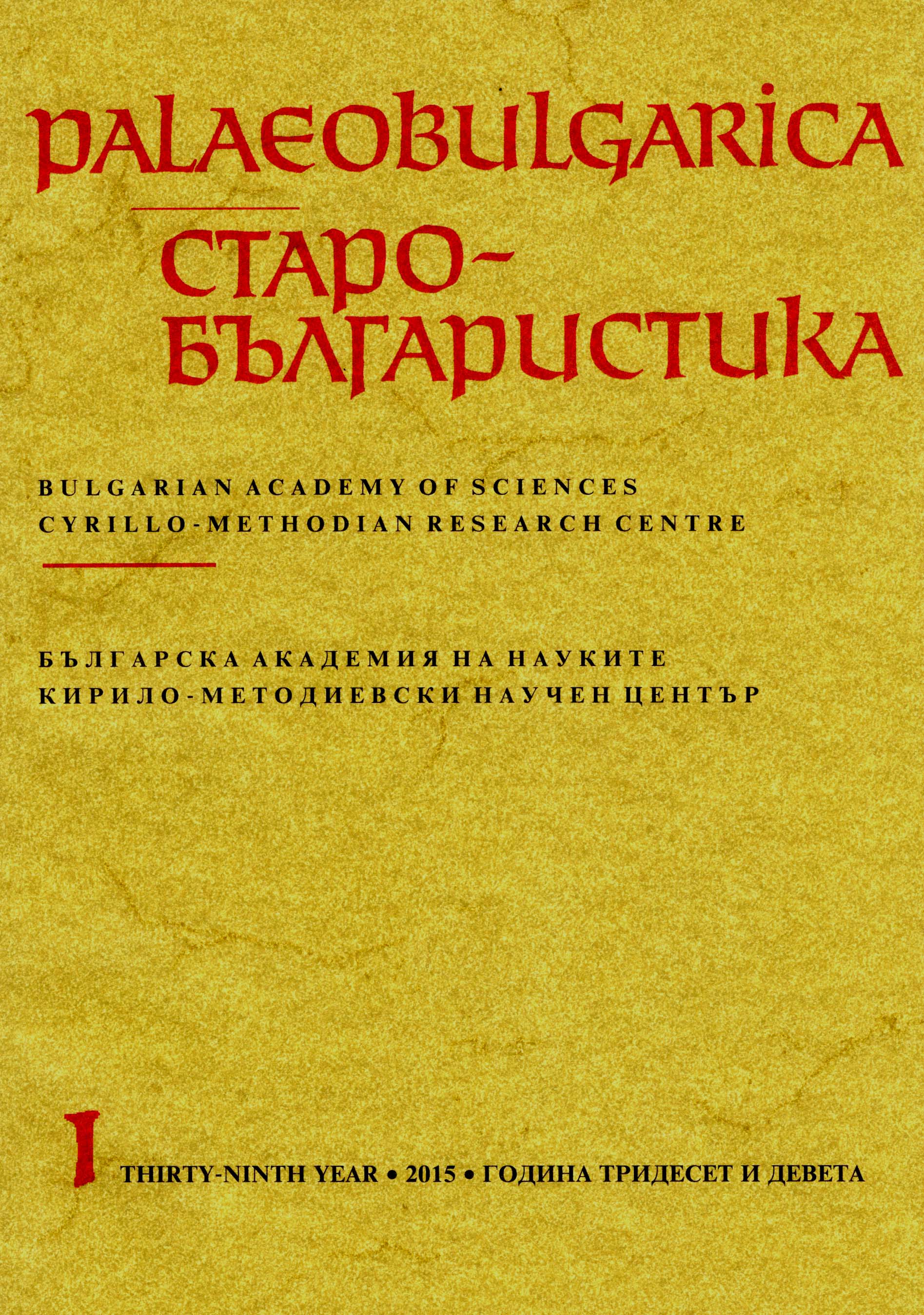 Summary/Abstract: The sermon “De pseudoprophetis” (CPG 4583), traditionally falsely attributed to St. John Chrysostom, was translated very early into Old Church Slavonic (Old Bulgarian) and at the time was very popular in the Slavic literary tradition. It was included in all known versions of the Chrysorrhoas collection (Zlatostruy) where it underwent many changes, transformations and abridgements. In most copies of the full translation of the sermon there is a large interpolation of several folia from the previous homily in the Chrysorrhoas collection. This interpolated version of “De pseudoprophetis” became also the source for one of the readings in another, later collection of edificatory texts, the so called Izmaragd. The article examines in detail the presence of the sermon in Zlatostruy, especially the relationship between the different versions, and discusses in brief the language and the specific features of the translation