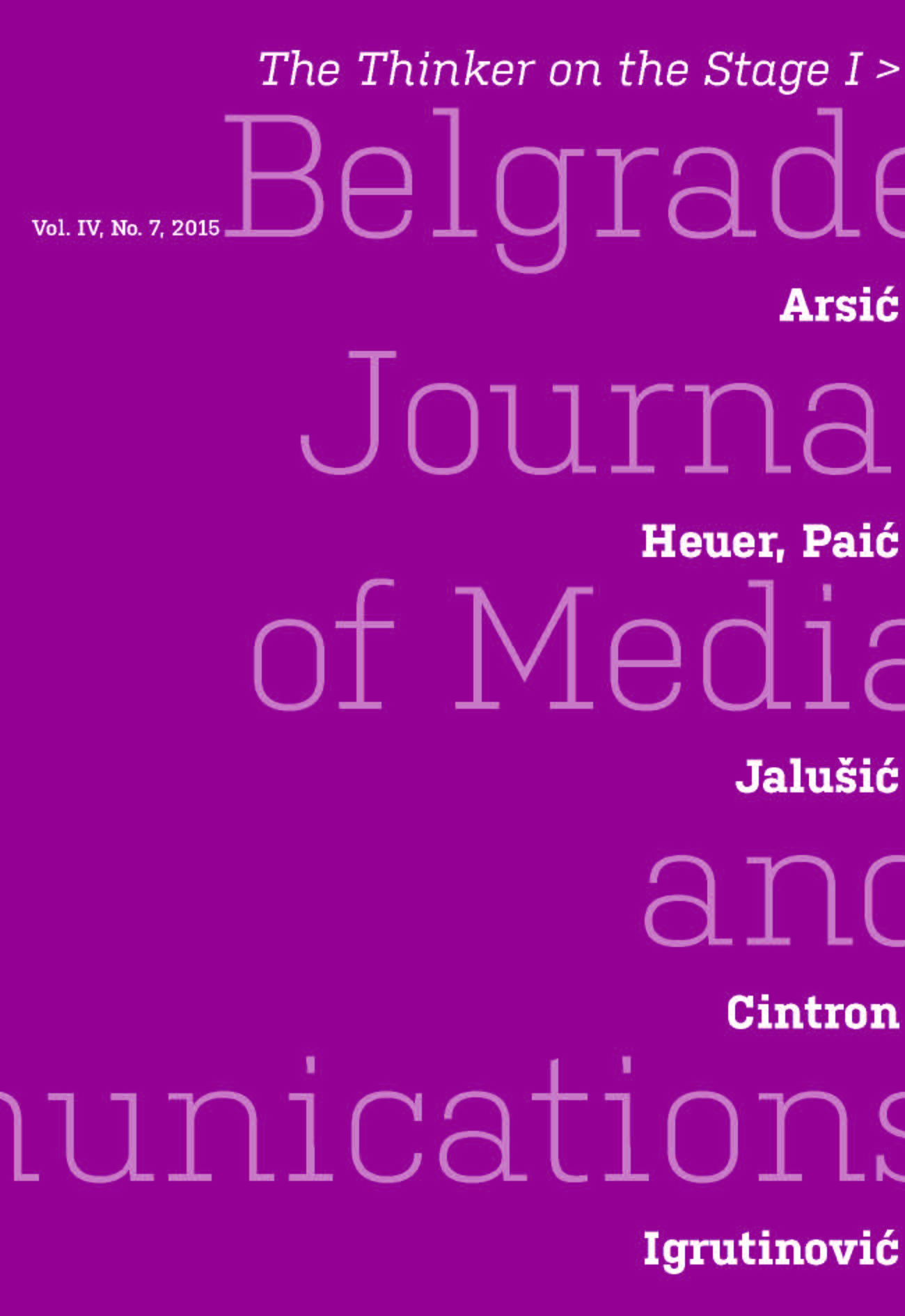 Summary/Abstract: The essay starts from Cavell’s contention that what is sometimes called one’s “cultural identity” is never available to the one whose identity it is supposed to be, but is instead registered by those whose cultural identity it isn’t, and explores in particular Cavell’s propositions regarding how the mind can start revealing to itself what is opaque to it. The paradigmatic example of how the mind undoes itself to better access what is different from it is found in Thoreau’s practices at Walden. Analysis of Cavell’s reading of Thoreau leads me to propose that the work of undoing and leaving oneself – without which there is no substantive transformation – requires a certain joyous mourning over what is left behind.

Prikazi Reviews 1995 A Room With a View A Room With a View 1997 Univerzitet u dekonstrukciji ili Podela književnosti The Division of Literature or the University in Deconstruction 1999 Proteza Prosthesis 2001 Reči svetlosti Words of Light 2002
2022 © CEEOL. ALL Rights Reserved. Privacy Policy | Terms & Conditions of use
ICB - InterConsult Bulgaria core ver.2.0.1201