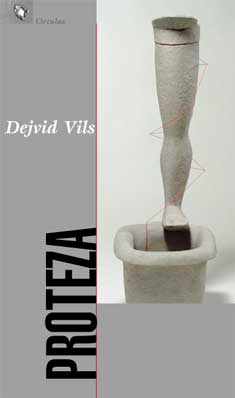 Author(s): David Wills
Contributor(s): Branka Arsić (Translator), Vesna Bogojević (Translator), Aleksandar Bošković (Translator), Ivan Milenković (Translator), Dušan Đorđević-Mileusnić (Translator)
Subject(s): Philosophy, Cultural history, Studies of Literature, Comparative Study of Literature, Contemporary Philosophy, Structuralism and Post-Structuralism, Culture and social structure , Film / Cinema / Cinematography, Hermeneutics
Published by: Beogradski krug
Keywords: deconstruction; Derrida; literary theory; Freud
Summary/Abstract: Prosthesis is an experiment in critical writing that both analyzes and performs certain questions about the body as an “artificial” construction. The book deals with the mechanical in that most humanistic of discourses, the artistic – in order to demonstrate to what extent a supposedly natural creation relies on artificial devices of various kinds. Cutting across the terrains occupied traditionally by the history of medicine, film studies, art history, philosophy, psychoanalysis, literary theory, and fiction, it finds an artistic or cultural pretext for each of its expositions – a line from Virgil, a painting by Conder, a theory by Freud, a film by Greenaway, a text by Derrida, novels by Roussel or Gibson, a sixteenth-century rhetoric – that connects thematically or theoretically with the question of prosthesis.