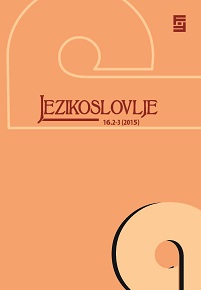 Summary/Abstract: The paper discusses the names for watermelon (Citrallus lanatus), muskmelon (Cucumis melo) and cucumber (Cucumis sativus) in Croatian dialects along the Adriatic coast as well as in various Italian regions. The aim of this study was to make an inventory of all the variants for the three plants and then provide their lexicological and etymological description. The database for the study was collected through fieldwork as well as through excerpting published dictionaries of dialects and other written sources. The data gathered in this way were compared with cognate forms in other European languages. The study also proposes some etymologies that have not been yet considered in the literature. The intricate relationship between the names for the three plants as well as their geographical distribution is discussed not only from the point of view of etymology, but also from the point of view of etiology. The issue of semantic false friends is also briefly considered.