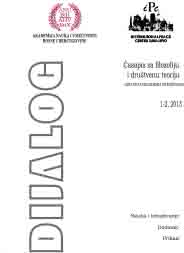 Summary/Abstract: Association to the Council of Europe, and especially today on its road to accession to the European Union, Bosnia and Herzegovina has accepted the obligation to harmonise as much possible its domestic legislation with relevant European standards. That is particularly visible in the field of police and justice cooperation. In that respect, series of European documents prescribes minimum of rights for state members in respect of protection of the most significant social values from all forms of abuse and endangerment by different forms and aspects of criminal acts of terrorism. That is understandable because together with protection of safety of every single state member it is also necessary to protect fundamental social values covered by international law such as: life and body of people i.e. their fundamental freedom and rights – as a basis for legal country functioning and rule of law. Therefore, based on the relevant European standards, Bosnia and Herzegovina in the new criminal legislation, in the group of criminal acts against humanity and values protected by international law, has prescribed culpability and punishment for perpetrators of several criminal acts of terrorism.