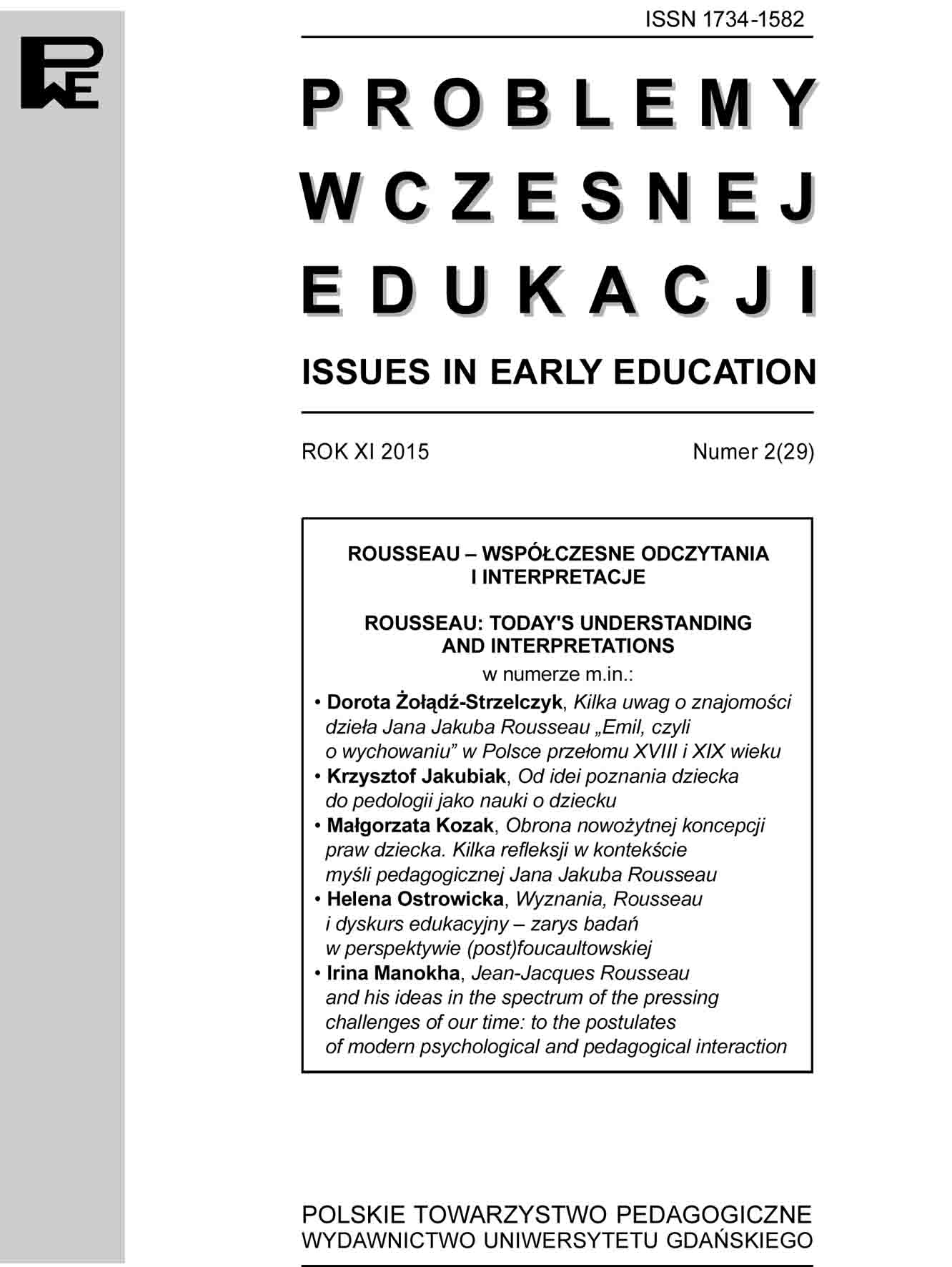 Summary/Abstract: A few notes on knowledge of the works of Jean-Jacques Rousseau, “Émile, in other words – about upbringing” in Poland in the late eighteenth and early nineteenth centuries “Émile, in other words – about upbringing”, the work by J.J. Rousseau published in 1762 was read relatively soon in Poland, and for a long time in French. We can see traces of “Emil” both in the memoirs of the late eighteenth and early nineteenth centuries, as well as in novels. Among the former, particularly interesting are the memoirs of women – Henrieta z Działyńskich Błędowska and Wiridianna Fiszerowa. They describe the upbringing practices of their childhood and also how they brought up their own children. By analyzing these memories one can see that the attitude towards Rousseau’s concept of upbringing was different: some have used his recommendations, and others criticized them. In the second group of sources one should mention the works of Ignacy Krasicki, Dymitr Michał Krajewski, or Fryderyk Skarbek, in which there are also references to upbringing and the human model described in the work of Rousseau.