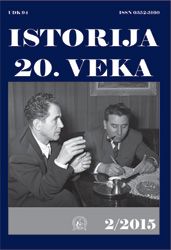 Summary/Abstract: The paper will examine the theory of the interoperability of armed forces through the case of he Slovenian Independence War of 1991. Although defense system interoperability is a well-established concept, there are many obstacles to its implementation. Some defense systems do not deliberately support the idea of interoperability. One such example is the total defense system in SFR Yugoslavia, which is comprised of two defense components: the Yugoslav People’s Army (YPA) and territorial defense structures organized by the federal republic. The question of interoperability is highly relevant since the war was fought between the YPA and the defense forces of the newly proclaimed independent state, Slovenia, who were partners in the total defense concept. Due to the clear asymmetry, interoperability offered a great advantage in the independence war. The Slovenian defense forces were combined into three structures: the former militia as an internal security element, the territorial defense as a military component, and the national protection forces as a “civil” defense element. Although each structure had its own command and organizational structure, during the Slovenian War they were combined into a well-structured and organized defense element that achieved victory against a much stronger, better equipped, and better supported army.