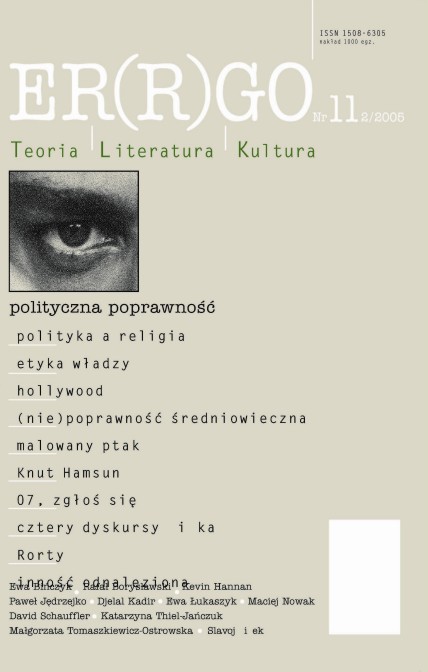 Summary/Abstract: David Schauffler distinguishes five different levels on which one can consider the relation between art and politics: contextual, intentional, temporal, categorical, and finally and most importantly – ethical, a level which he regards as primary and fundamental. On the example of Knut Hamsun’s infamous pro-Nazi stance during World War II and his pro-German inclinations even long before the War, Schauffler exposes the difficulty, or rather impossibility, of reconciling a high appreciation of an author’s artistic merits with revulsion towards his or her offensive political opinions. Regardless of the numerous reasons we can adduce to explain Hamsun’s political views, among them the urge to remain untainted by commonly held beliefs, time came, argues Schauffler, when the conventional wisdom was right.