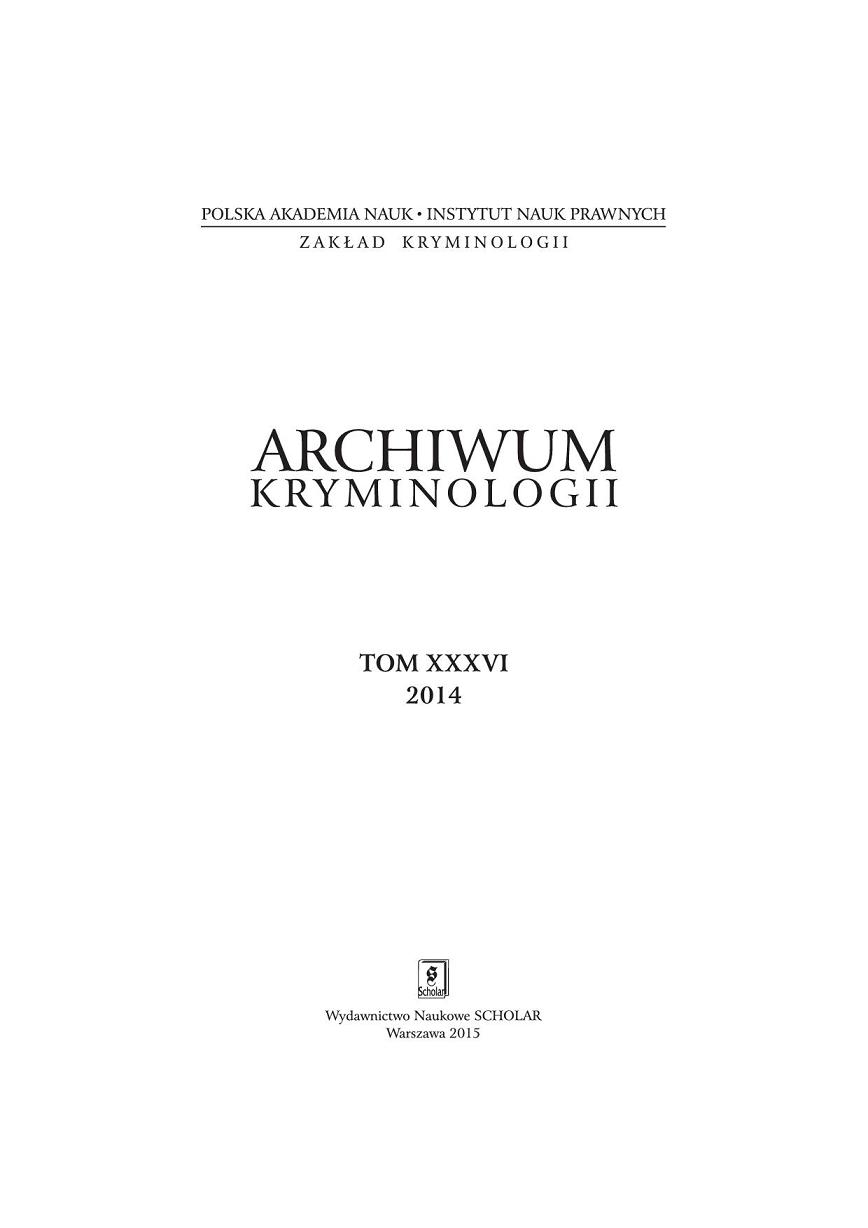 Summary/Abstract: Research conducted to date shows that prisoners classified as “dangerous” do not include financial offenders, white collar workers, or people convicted for causing death by dangerous driving. Prison authorities reserve this special category for prisoners convicted of crimes involving violence and/or firearms and/or crimes described by the courts in their judgements as “brutal” and indicative of psychopathic and impulsive character traits that render rehabilitation impossible. Prisoners regarded as “dangerous” include those who are unpredictable, “the worst of the worst,” those deemed depraved and impervious to rehabilitation, and those who commit further crimes and engage in risky conduct in defiance of prison rules while incarcerated (escaping, associating with opponents of the penitentiary system, refusing to obey prison guards etc.). Academic literature and reports from prison guard organizations show that super-maximum (supermax) facilities enable inmates described as highly predatory and destructive to prison order and management to be handled. However, the same sources point out the negative side effects of the high economic, legal and moral costs of maintaining these facilities and managing their inmates. Prison populations have always had aggressive and “hard to manage” individuals, but the idea of managing them separately did not occur until the 20th century. Criminological studies provide the criteria for identifying risk and the methodology for assessing it. These have enabled the key concept of “serious threat to social security or to the security of the penal facility” to be understood. This is the only circumstance under which a prisoner should be classified as “dangerous.” There are two aspects of what “serious threat” means. On the one hand, the phrase denotes those factors that depend on the convict and which the convict can control and modify. On the other hand, it denotes those factors that depend entirely on the measures adopted by the prison authorities who implement and shape them. These range from ensuring an appropriate prison environment to employing user-friendly management and control methods. The responsibility for attenuating risks does not rest solely on the prisoners, but also, if not primarily, on the correctional officers and the system they create. That a prisoner is incorrigible is no justification for labelling him “dangerous” and keeping him in isolation and maximum security for the duration of his sentence. The machinery of the state, with all its experts, academic and practical knowledge and a budget to fund it all, has to be more knowing and better equipped than an individual prisoner, who only has unstable emotions and weak self-control mechanisms at his disposal and/or is bent on self–destruction. When the state fails to offer a solution acceptable to all parties that have an interest in the “dangerous” status, then it is weak and will remain so.