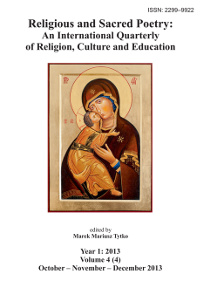 Summary/Abstract: The research of Mariana Lanovyk deals with the Literary Criticism problems of translation. In the situation when the plurality of approaches in the Contemporary Literary Criticism can be overwhelming Ukrainian scholars have to work on the adaptation of foreign paradigms in the Ukrainian Criticism space to create solid foundation for the future studies in the fields of the Comparative Literature and Literary Theory. This research is the first attempt in Ukraine to present the integral outlook upon the problems of Literary Translation from the perspectives of the concepts and ideas of different Literary Paradigms of the 19-20th centuries beginning with the Romanticism epoch. Romanticism was chosen as the starting point because in the aesthetic concept of Romanticism there new theoretical approach to the problems of literary translation in the author – language – epoch – nation contexts was outworked. Philosophic, artistic and literary concepts of that time were developed in all modern literary paradigms.The first chapter of the book deals with the psychological and cultural approaches to the problems of the Literary Translation. The author gives short outlook of the genesis of new theoretical background in the aesthetic concept of Romanticism as the source of contemporary theories of translation and the continuation of the ideas in psycholinguistic studies of the Western Europe and in Ukraine, especially in the Potebnja’s literary criticism works. The main attention is concerned on the problem of correlation between thinking process and language, thought and image. The influence of the ideas of 19th century upon the psychoanalysis and their transformation in this paradigm is considered. The author studies the phenomena of consciousness, self consciousness and sub consciousness in the process of reading, understanding and translation as well as the peculiarities of different gender reading, interpretation and translation different elements of the writing works. The differences of literature translation in the realms of biological, linguistic, psychoanalytic and cultural paradigms are considered. The author examines the role of individual and national, historical, cultural memory in literary texts and the possible ways of their transfer. Contemporary approach to the national problem in translation studies development is connected with the key points of national images in literature texts. This idea is rooted in the spectrum of the East-West background as well as national values in the literature systems. The outlook of the multiculturalism and intercultural communication in literature is offered through the review of the artistic nature of the mythological thinking. The wide spectrum of different points of view upon the problem (E.Cassirer, K.G.Jung, E.Noimann, N.Frye) is given. The second chapter of the research deals with the translation criticism ideas in the light of the main concepts of formalism and structuralis