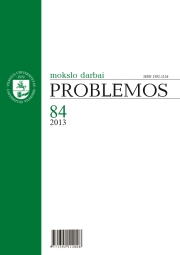 Summary/Abstract: The aim of the article is the analysis of the status of Carl Schmitt’s political theology. It is argued that this conception can not be understood as a sociology of juristic concepts as it was described by its author. Today many interpretators attempt to explain political theology as a part of theology. This interpretation is deficient in some of its parts. Schmitt was developing a political theory which he called “political theology”. This project has to be understood as an attempt to use theological argumentations and insights in the discourse of political philosophy. Schmitt’s attempt to create a synthesis of theology and philosophy for the study of politics is similar to the aims of reactionary XIX century Catholic political philosophy of Joseph de Maistre, Louis de Bonald and Juan Donoso Cortes.