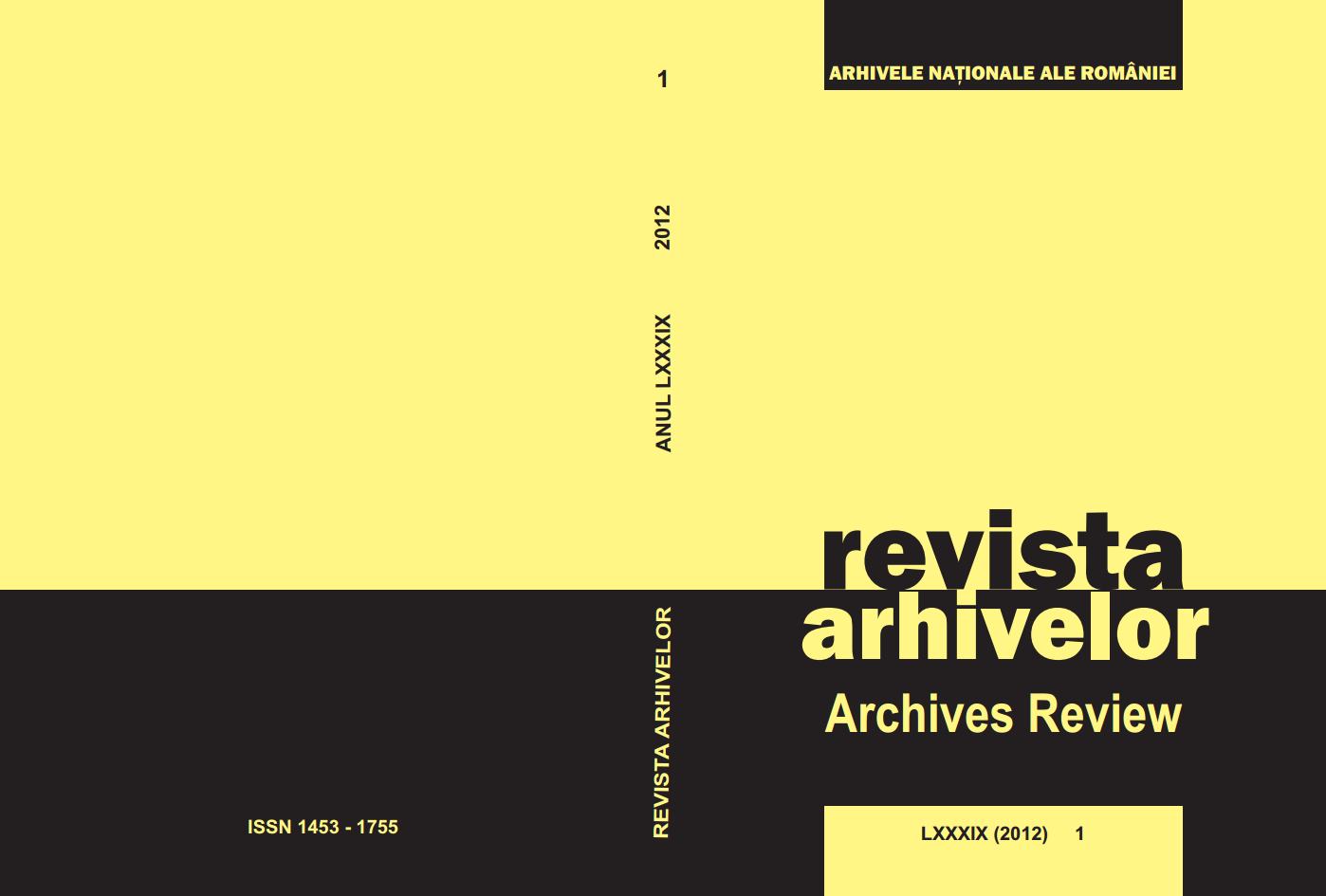 Summary/Abstract: The documents included in the Prefect’s Office of the county of Chernivtsi fond that could be found in the State Archive of the Chernivtsi Region (Ukraine) emphasize the role of this institution in the years in which the county of Chernivtsi was a part of the national territory of Romania (1918-1940 and 1941-1944). The part taken by the Prefect’s office could not be understood without the presentation of the relations with other state institutions, trade companies or private associations. The Prefect’s office was created as an administrative superior body of the county on November 12, 1918 according to the temporary law of the Romanian National Council “About the organization of power in Bucovina” replacing the Austrian district administrations. It was subordinated to the Secretary of the Ministry of Interior of Bukowina (1918-1923), the General Directorate of Interior of Bukowina (1923-1925), the Ministry of Interior (1925-1940, 1934-1938), the General Inspectorate of the Regional Administration of Bukowina (1931-1934), the Royal Resident of the County of Suceava (1938-1940) and the Governor of the Province of Bukowina (1941-1944). The Prefect’s office included the county Council, county and prefect representatives and led the political and household life of the county. It also controlled the activity of the administrative institutions (town halls and prices) and supervised the public organization. The Prefect’s office practically ended its activity in 1944, after an interruption between June 1940 and July 1941. The Prefect’s office of the county of Chernivtsi fond includes: orders and circulars of the Ministry of Interior and Health, of the second Ministerial Directory concerning the Prefect’s office’s issues (1919-1940), transcripts of the meetings of the prefect’ office’s commissions and of the communal councils of the county town halls (1919-1940), correspondence with the Ministry of Interior and the Police Station of Chernivtsi regarding the registration of associations and companies (1918-1940), memoirs about the activity of the administrative and political bodies of the county (1941-1944), informative bulletin of the Police Station of Chernivtsi regarding the state of criminality in the county (1934-1939), files regarding the recognition of the Romanian citizenship, the issuing of passports, the issuing of building permits and the opening of industrial enterprises, the registration of companies and civil status of the inhabitants of the region, statistic tables of the epidemic diseases (1919-1940), historical-geographic memoirs of the county (1919-1940), maps of the county, plans of the schools and the industrial enterprises, payment lists for the employees of the prefect’s office, lists of the officials of the county administrative institutions (1941-1944), etc. The fund is registered with the inventory no 15, opis 1-8, having 31,278 files.