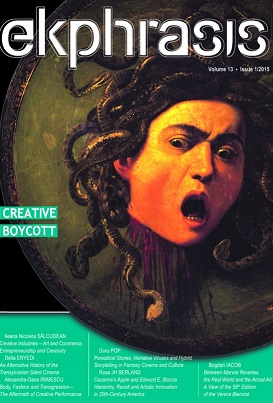 Summary/Abstract: As creativity can be considered one of the most valuable commodities in the 21st century (Harris 2014), its grassroots implications at a global level, especially in regards to fandom practices, provide a fertile ground for academic debate and analysis. One particular case is the popular activity of making animated musical videos (AMVs) in the universe of the Japanese animation (anime) fandom worldwide. Considering this particular type of fan made object in the wider context of the remix culture, L. Manovich argues: “(…) the great majority of AMVs consist of segments lifted from commercial anime shows and commercial music. (…) To use de Certeau’s terms, we can describe the process of creating new web content as a tactical creativity, which “expects to have to work on things in order to make them its own, or to make them ‘habitable’.” (326). The current paper addresses the case of AMVs both as grassroots creativity and as tactical creativity in order to tackle with issues such as the local/global divide in fandom communities and the self-exploratory/self-performance value of AMVs. Analyzing the case of Romanian AMV “producers”, the paper will also further explore to what extent is this practice a form of creative subversion or just another form of creative commodification? Are anime fans grassroots activists or just database animals (Azuma 2009)?