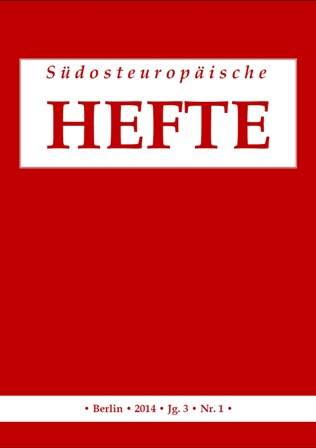 Summary/Abstract: By analyzing the broad research of different types of ‘folk’ music in former Yugoslavia, the paper explores the different forms of interpretation and representations created by scholars in social science and humanities. Tracing back their critique of this music into the socialist period, the analysis offers new insights into the motives and ways of producing meaning by one part of the intellectual elite – for Serbia framed as the ‘second/ other Serbia’ – in the context of political transformation at the end of the 20th century in this region. While hardly any of the analyzed scholarly works on (‘folk’) music was really about music, being instead quite often mainly concerned with its alleged symbolical meaning, most of them used ‘folk’ as a catchy ‘label’ that introduced further analysis of society and/or politics in former Yugoslavia during the 1990s. By criticizing the ‘kitsch’ of ‘folk’ and, at the same time, presenting more or less sophisticated scientific findings on correlations between ‘folk’ and politics, the authors of the works analyzed in this paper mostly underlined their distance to this ‘genre’, thus pointing out their (oppositional) political standpoint, and, especially, by delegitimizing the ‘folk culture’ on the one hand and the new nationalist political setting on the other, they aimed to compensate the loss of cultural capital they used to or – from their perspective – ought to have as representatives of some kind of intellectual vanguard.