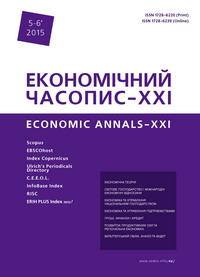 Summary/Abstract: A market economy is a competitive economy, and therefore, competition is considered as an important part of economic activity. A simple economic analysis and economic experiences show that the development of national economies is historically dependent on the success of domestic producers and their skills to effectively compete in international markets. The issue of business efficiency in the countries of the Visegrad Group (V4) arose in the period of their economic transformation and preparation for their accession to the European Union. After these countries’ entering the European Union, the benefits associated with the liberalization of their mutual trade exchange were introduced. The aim of this paper is to evaluate competitiveness of the agricultural sector in the V4 countries in terms of their competitive advantage in foreign trade. To evaluate competitiveness depending on the defined objective, we have chosen the revealed Comparative Advantage Index (RCA), which is a widely used indicator with good interpretation ability. The undertaken research for the 2004-2013 period has shown that Hungary, followed by Poland, is the most competitive of the V4 countries in relation to international agri-trade.