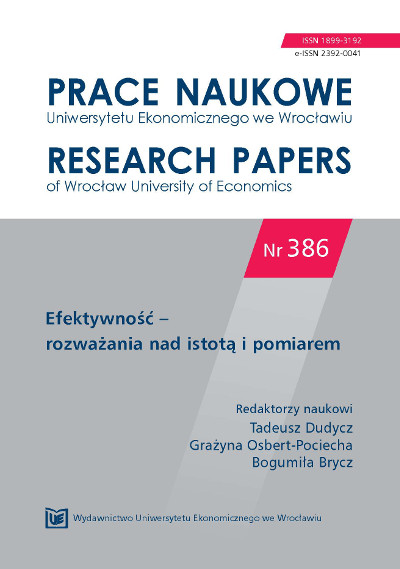 Summary/Abstract: The aim of this paper is to investigate whether income changed after the establishment of regional and local authorities in their territory of special economic zone. The research hypothesis was proposed that said that the location of the SEZ in the municipality would improve its financial situation, visible through the higher growth of revenues from PIT, CIT and property tax. To achieve the objective, it was decided to study the dynamics of income of municipalities in the years 1997-2013. The municipalities which were selected by the test procedure were divided into four groups, with and without SSE; due to the size of the per capita income of CIT. The analysis reported the revenues of municipalities from CIT, PIT and property tax. The results indicate that the PIT and property tax have not had a different impact from 2003 than before. However, CIT has been growing rapidly since 2003 in selected municipalities of SEZ.