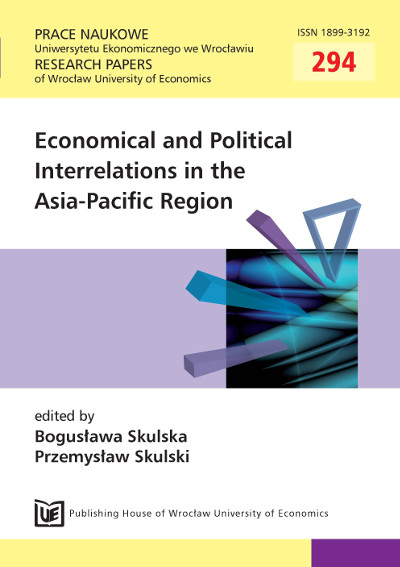 Summary/Abstract: In 2006 the European Commission accepted a strategy “Global Europe” which presented the priorities of the EU’s commercial policy. According to the strategy the EU plans to conclude a series of bilateral agreements with main trade partners, including Japan. In March 2013 the EU and Japan officially launched the negotiations for a free trade agreement. The objective of the article is to present general expectations and motives of both partners for starting negotiations on the FTA. As the Japanese side expects to secure more advantageous access for manufactured products to European market, the EU perceives the agreement as an opportunity to improve access to the Japanese market of agricultural products, food and specific manufactures. Amid the European priorities are also trade in services, FDI rules, public procurement as well as competition policy.