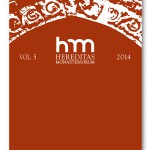 Zmiany własności nieruchomości w Krakowie związane z kasatami klasztorów przełomu XVIII i XIX w.
Changes in property ownership in Cracow relating to the dissolutions of monasteries at the turn of the 19th century

Summary/Abstract: In 1773 there were 39 monasteries in the city of Cracow. Over the following fifty years no fewer than 21 of them ceased to exist. The reduction in the number of church buildings and in the property belonging to the clergy in Cracow began with Pope Clement XIV’s decision of July 1773 to suppress the Society of Jesus. The Society’s property was taken over by the Commission of National Education. Bishop Michał Jerzy Poniatowski, administrator of the Diocese of Cracow from 1782, citing impoverishment and lack of necessary material base, announced dissolutions of monasteries and secularisation of their property or closure of novitiates in female monasteries – a move that would naturally lead to their dissolution. The reduction of the regular clergy in Cracow was continued in 1796–1809 by the Austrian authorities as part of their campaign to close down institutions lacking funds for their operations. A similar policy was pursued by the government of the Duchy of Warsaw in 1810–1815. The campaign ended in the period of the Free City of Cracow. Initially, former monastery buildings did not disappear from the city landscape – they were taken over by other Cracow congregations, transformed into hospitals, barracks, warehouses for the army or offices. However, often abandoned, they became dilapidated and were sold at public auctions, and then turned into e.g. inns or private houses. As Cracow was being transformed into a modern city, the early 19th century saw a demolition of the Church of St. Stephen and former Jesuit buildings in today’s Plac Szczepański (Stephen Square). In the late 19th century the same fate befell the former monastery and hospital of the Oder of the Holy Ghost – a municipal theatre was established in Plac św. Ducha (Holy Ghost Square). Very few Cracow monasteries survived these changes unscathed. Some congregations in the city, both male and female, had to accept monks and nuns from the dissolved monasteries from all over Cracow. Sometimes the authorities would take over just some buildings of a monastery, paying rent to the monastics. Changes in ownership also affected the monasteries’ property – not only located in Cracow – that did not encompass monastic houses but buildings constituting sources of income for the congregations as tenement houses.