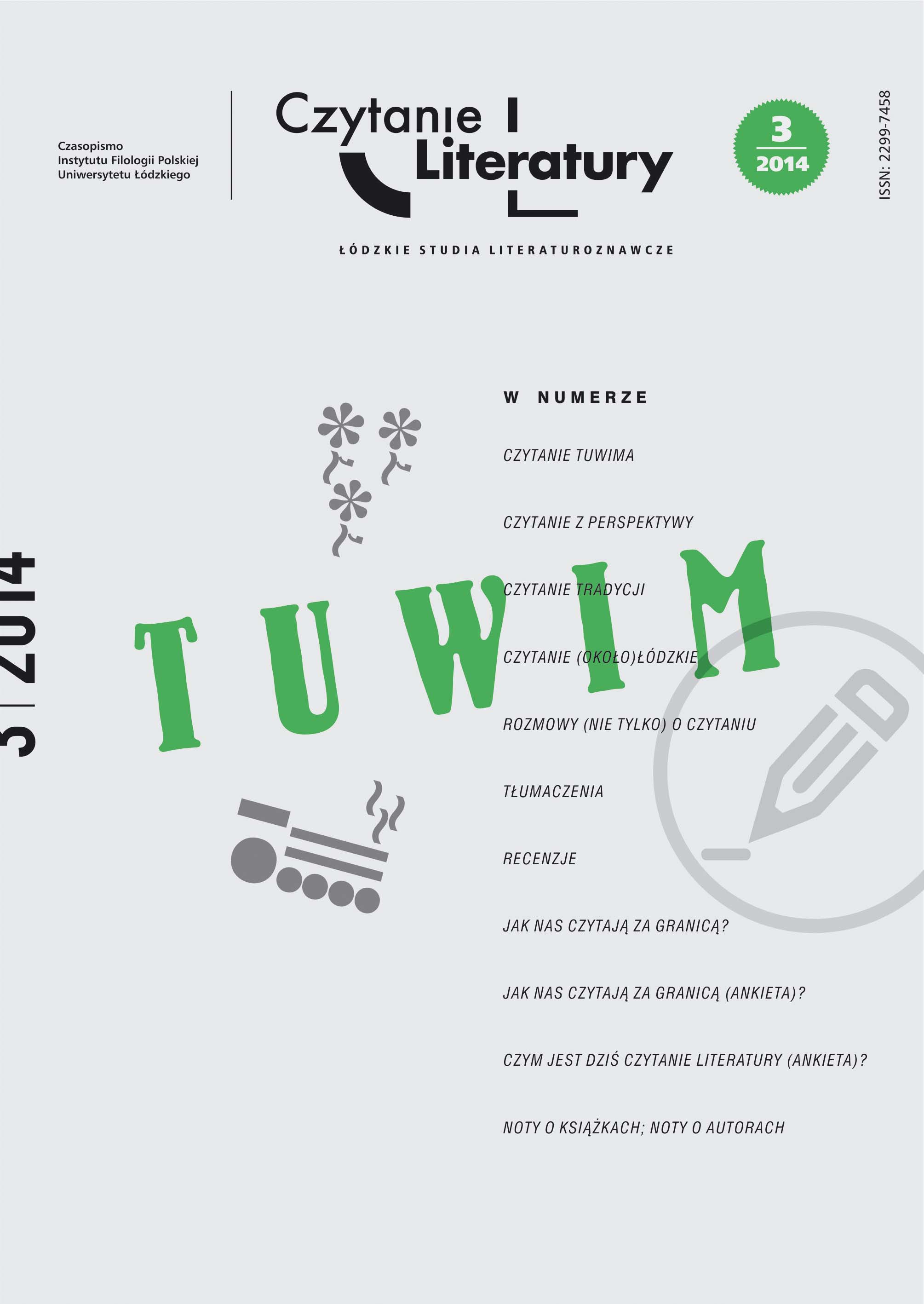 Twarz lodzermenscha, czyli wizerunek człowieka łódzkiego w "Ziemi obiecanej" Władysława Stanisława Reymonta
The face of a "Lodzermensc", or the image of a man of Łódź in the "Promised Land" by Władysław Stanisław Reymont

Summary/Abstract: The first part of the article is an attempt to present the full definition of a „lodzer-mensch“. In the literary variation, it is a ruthless businessman, professing the ethos of the industrial Łódź. The author confronts the proposed definition with the four central characters of W.S. Reymont's Promised Land. The qualities of a „lodzermensch“ are the most complete in Moryc Welt, while Karol Borowiecki is more of a "Don Juan" than a man of Łódź. Herman Bucholc is king and the spectre of the industrial Łódź, physically transformed by his own factory. Stach Wilczek is a mixture of Welt and Borowiecki, and an interesting attribute of this character is his violin. Also mentioned is the film adaptation of the novel, directed by Andrzej Wajda. The author, focusing on Borowiecki, juxtaposes the film version of a lodzermensch with the novel original.