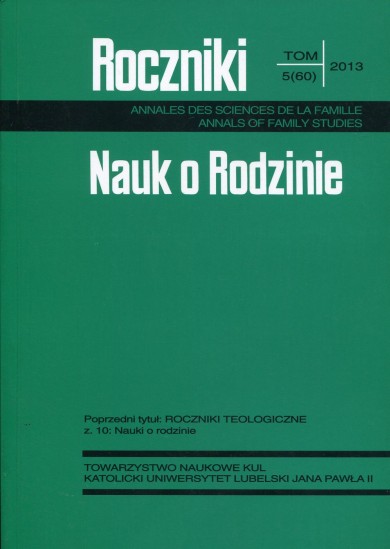 Summary/Abstract: Maternity is a social role, as it supplies new members of the society and it involves a lot of people when it is being realized. Accepting the child is a great event for the whole family, but it is also significant for the society. The society also has a significant influence on forming the attitudes towards maternity. It happens not only through the educational process in the family, Church or school, but also through the information that is transmitted by the mass media, through legislature, politics and economy. Demographic problems imply serious economic consequences connected with maintaining the aging society. However, one of the factors that have a negative influence on the decision of giving birth to children is a lack of support from the family in realizing the procreative function. Poland that has one of the lowest Total Fertility Rates in European countries is numbered among these EU countries that allot the least money for children. For forming attitudes towards maternity the following phenomena are not unimportant: a critical attitude towards families with many children stereotypically considered as pathological, promoting contraception, making efforts to liberalize the abortion law, reducing man to a laboratory problem by fertilization in vitro. More social responsibility is necessary for forming proper attitudes towards maternity and preparing the conditions for its decent realization.