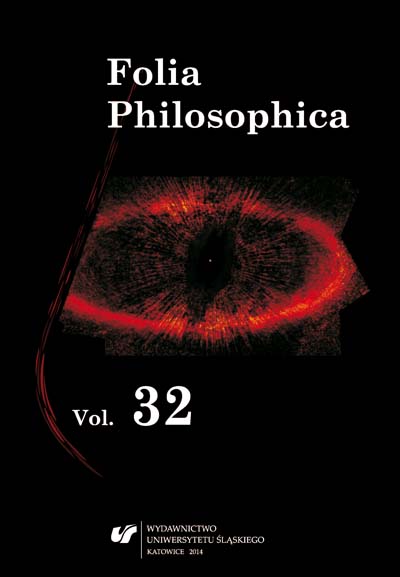 Summary/Abstract: There is a broadly shared belief among historians according to which the ideas of Xenophanes of Colophon (and especially fragment B 18 in "Diels-Kranz") should be understood as the earliest expression of the idea of progress, a belief in possibility of discovering possibilities of betterment. On the other hand, Hesiod’s story of five generations is usually recognized as a model example of quite the opposite thesis, stressing regress, the fall of humanity. This contradiction is highlighted by the fact that Xenophanes criticises the views on gods from Homer’s and Hesiod’s writings. In this paper I analyse "Works and Days" by Hesiod as well as remaining fragments of Xenophon’s writings. It seems that Hesiod is first of all interested in diagnosis of the sources of human misery and suffering, and not in describing some historical process of degradation of man. Contrary to this, Xenophanes develops a philosophical framework mostly consisting of epistemological reflection that calls for rejection of the hubris of reason which coincides with hasty and dogmatic judgement of both gods and the world itself. The two thinkers agree that the human fortune, however dependent on gods-established necessity, lays to a degree in man’s own hands thanks to humbleness, piety and wisdom. Thus, their standpoints are not contradictory in historical-philosophical perspective, quite the opposite, they agree in belief in progress, in betterment.