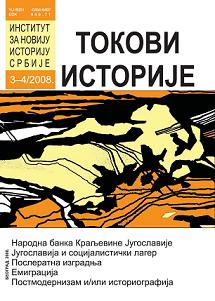 Summary/Abstract: Outgrow of the Normal School in Belgrade into the Academy for Pedagogic designated for education the teachers was incertitude because the Parliament of Belgrade in the beginning was not interested in fi nancing the formatting of the Academy regarding that teachers needed to educate Faculty of Philosophy. In the primarily proposal of the rationalization of the network of normal schools and optimal network location of pedagogic academies in Serbia, Belgrade was not among fi ve towns whose normal schools could became pedagogic academy. After long and intense negotiations and coordination of attitudes, Parliament of Belgrade fi nally decided to establish Pedagogic Academy in 1972.