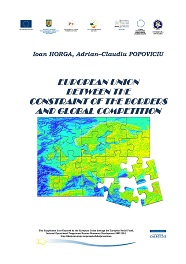 Summary/Abstract: This paper covers the provoking topic of European identity and Otherness, focusing on the role of alterity in shaping the identity of Europe. The article falls in several parts: initially, it engages with discussing the main theoretical perspectives on the concept of identity as highlighted in the current literature. The following section presents the trends regarding the presence or the absence of a European identity. The final part reveals the relationship between the European identity and Otherness, with an emphasis on the influence that alterity may have in generating the premises for creating a common European sense of belonging.