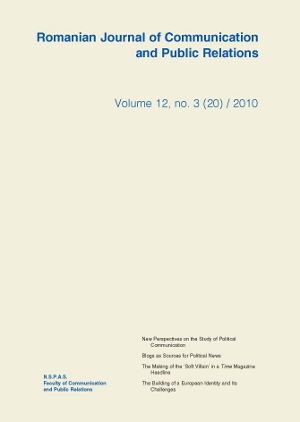 Summary/Abstract: Today, the older territorial and national boundaries of a world continuously changed by globalization, migration, the expansion and further integration of the European Union, and similar wide processes, are constantly redefined. As a recent phenomenon, and in relation to the transformations involved by those processes referred at, the quest for national and transnational identity has intensified. Given the successive enlargement waves and the requirements of the integration process within the European Union, citizens of the member states are confronted with an increasing need of legitimization, of redefining their identity as well as their position, within the process of reconfiguration of the political, social and economic surrounding.