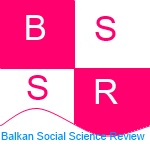 Summary/Abstract: This paper follows the conceptual definitions offered in Eduard Said’s “Orientalization” and Maria Todorova’s “Balkanization” toward newly coined term of “West-Balkanization”, all as essential features of constructing the Otheness. In this sense, the identities generated by colective definition by the Other (The West), are seen in the abstract symbolic values of the region, which can be traced in real social and political events. Yet, in the modern age the only political perspective for the Balkan is integration with in the West. With the new mainstream of the political and economical integration of the Balkan countries into the European Union the legal frame for mutual direct communication and collaboration is being created. The future projections for this region are movement toward integration into the European Union. So the mutual European identity project can be imposed on the region of the Balkans itself. But at the same time Europe has created a West Balkan region, which besides being a symbolic waiting room, can be seen as political ghettoization of few problematic national issues and in David Noris terms as “the last line of defense against Muslim east”. The second part of the paper is focused on the Republic of Macedonia, and its position during the last two decades. It refers to several aspects of the structural position of the country, as well as essential aspects of demography, inter-ethnic relations, regional politics and economy, all united under the Macedonia’s prospects for future Euro- Atlantic integration. The last can generate sense of political stability, but also an exclusion from negative symbolism related to historical “Balkanization” or future “West- Balkanization”.