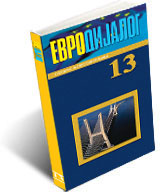 Summary/Abstract: While the imperial era, the communities were the ones building the world’s vision through religious systems and servitude as universal criteria, new-fangled conditions of the market economy and citizenship offered the new national country as a sole alternative along with the nationalism as a necessary ideology. Balkan proto-national elites generated by the citizenships would firstly strive to construct special churches that would further on establish the basic paradigms of the presence of the nation, while representing the secular modern system within the mass education. The paper argues that Europe from the future is a place of challenges not a one of a historical resurrection, and that the post-modernistic viewpoint of the Balkan discourse is not directed towards the minorities of the neighboring countries but to the new emigrant minorities from Far East and the threat towards the traditional Balkan nation-state is leading even more to globalization threats of the international economy.