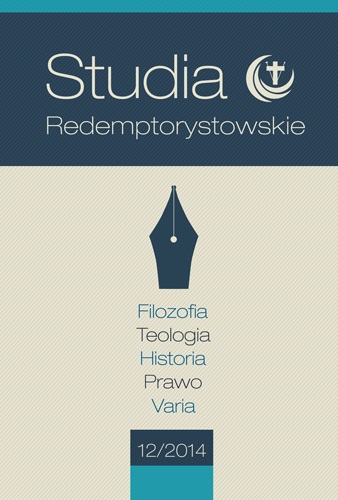 Summary/Abstract: The Catholic pastoral institution in Bartschkehmen, situated in the area of Prussian Lithuania (inhabited by Lithuanians assimilated in the German society to a large extent), was founded in 1852. The first priest in this place was Joseph Juszkiewicz, of Russian origin, who moved a wooden chapel from the Congress Kingdom of Poland. At night of 15/16 June 1857 the chapel was burned. As a consequence, the pastoral institution was moved to Bilderweitschen. In 1860, a red brick church was built there. It was dedicated to the Immaculate Conception of the Blessed Virgin Mary on 24th August 1862. A parish in full rights was created in Bilderweitschen in 1896. During World War I the church, the presbytery and the farm buildings were damaged. In 1919, the construction of the Michael Archangel chapel in Schillehnen was completed. It became an independent pastoral institution in 1930. In the years 1928–1929, the Sacred Heart chapel in Stołupiany was built. In 1895, there were 906 Catholics in the area of the pastoral institution in Bilderweitschen; in 1902 there were 979, and in 1916–1500. In 1935, the number of Catholics in the parish decreased to about 700. The priest’s remuneration and construction projects were supported by the Boniface and Adalbert Association in Frombork.

Dzieje placówki duszpasterskiej w Piszu przed II wojną światową The History of the Pastoral Service in Pisz Before the World War II 2012 Historia mazurskiej parafii pw. Św. Józefa w Opaleńcu w XIX i pierwszej połowie XX wieku History of the Masurian St. Joseph parish in Opaleniec in the 19th and the first half of the 20th century 2012 Dni świąteczne diecezji warmińskiej w XIX wieku Festive days of the Diocese of Warmia in the 19th century 2013 Geneza i powstanie katolickiej parafii w Dabrownie w XIX wieku The origins and creation of the Catholic parish in Dabrowno in the 19th century 2013 DZIEJE KATOLICKIEJ PLACÓWKI DUSZPASTERSKIEJ W GOŁDAPI W XIX I PIERWSZEJ POŁOWIE XX WIEKU THE HISTORY OF THE CATHOLIC PASTORAL INSTITUTION IN GOLDAP IN THE XIX. AND THE FIRST HALF OF THE XX. CENTURY 2013
2021 © CEEOL. ALL Rights Reserved. Privacy Policy | Terms & Conditions of use
ICB - InterConsult Bulgaria ver.1.5.2414