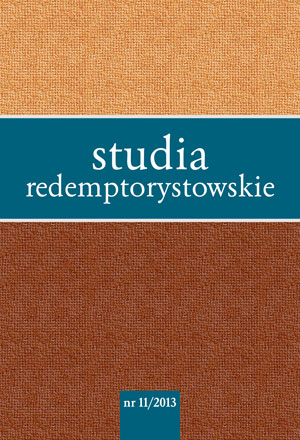 Summary/Abstract: In the first half of the 19th century the number of Catholics in Dabrowno in East Prussia began to increase, as a consequence of which pastoral services in this area were necessary. This task was undertaken by the priests of the Bishopric of Culm. Since 1860, Masses were celebrated once a month by the priest from Turowo. Abdon Stengert was appointed as the fi rst priest on 23rd September 1862. A few days later, on 29th September, he started his pastoral services in Dabrowno; this involved the creation of a pastoral institution. The new priest’s task was to build a parish house, in which a classroom and a teacher’s apartment would also be located. The cost of this building and utility buildings was 4795 Thaler, 9 Silbergroschen and 2 Pfennig. Catholic services were celebrated in the above mentioned classroom, but it was too small for the increasing number of worshippers. In the years 1863–1865 a church was built. It was dedicated to Saint John of Nepomuk by the bishop of Culm, Jan Nepomucen Marwicz – the main benefactor of the church. Dabrowno received parish rights on 28th October 1863. This decision was approved by the state authorities on 16th March 1864. Private elementary Catholic schools founded in Dabrowno (7th January 1865) and in Marcinkowo (1st October 1867) functioned till 1877. They were liquidated due to the restrictive policies of the state authorities, related to the Kulturkampf. Th e pastoral institution was supported financially by the Boniface and Wojciech Association in Pelplin.