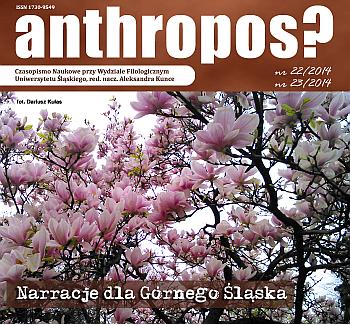 Gdzie zamieszkać po dekonstrukcji? Hermeneutyka wobec różnicy na przykładzie konceptualizacji Górnego Śląska i Śląska Cieszyńskiego
Where to settle after deconstruction? Hermeneutics in the face of difference - the case study of the conceptualizations of Upper Silesia and Cieszyn S

Summary/Abstract: In this article are raised the controversies between hermeneutics and deconstruction, with regard to the reduction of "the other" to "the same" in the context of an identity of community and identity-related "settling". The authoress illustrates these matters by the example of some different kinds of narrative about Upper Silesia as well as Cieszyn Silesia, analyzing the ways in which locality and otherness are represented in those texts. Generally, whereas nowadays in discourse relating to the first region local intellectuals and publicists are emphasizing cultural difference and discontinuousness, in defiance of a Silesian's stereotype, in narratives about Cieszyn Silesia a mythologizing idealization of common identity predominates. The question remains, if the inhabitants of a region have to agree on reducing of the heterogeneousness, plurality and distinctness to create community. The article's authoress makes an attempt to use towards Cieszyn Silesia some deconstruction's categories in order to break up an idyllic metanarrative as well as to proof possible "same-ness", which does not reject the hybridity of Upper Silesia. To both aims she uses post-Derrida's radical hermeneutics, oscillating between concentrating and dispersion. Thanks to this current it is displayed that one can extract from tales on two Silesias the understanding of historicalness as well as experience of "settling" and of the place, which does not escape from complicated and painful matters, but at the same time creates a space for sense.