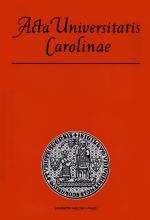 Summary/Abstract: The article analyses similarities and differences of viewpoints of two prominent European scholars who lived and worked in beginning of the 20th century: Tomaš Garrigue Masaryk (1850–1937) and Mykolas Romeris (1880–1945). First and foremost the article provides an analysis of personal, historical and geopolitical circumstances, which formed the viewpoints of T. G. Masaryk and M. Romeris. The article states that although the two scholars are different personalities with very different fates, they are similar in terms of lavishness, relevance and significance of their academic heritage to the societies of their time and today. Notwithstanding different positions of M. Romeris and T. G. Masaryk in state government institutions (T. G. Masaryk was the President of the Republic of Czechoslovakia) or in scientific institutions (M. Romeris was a Rector of Vytautas Magnus University), the article reveals that they, as professors and scholars, were constantly interested in similar problems and sought to better know the nation, state, history, constitutional framework and sovereignty. The article also provides an analysis of viewpoints of T. G. Masaryk and M. Romeris towards the state as a result of creation of the nation, the concept of the rule of law, constitution and its content and prospects of development of the state. The article shows that M. Romeris’s rule of law and T. G. Masaryk’s democratic and humanistic state is the same ideal form of existence of the society, which both scholars sought to achieve with their activities and significant scientific heritage. The article is made relevant by showing that the objectives of a democratic state and the rule of law can not be contradictory, since the respect to the constitution, as an act of will of the nation, is the basis of a democratic state and civic society.