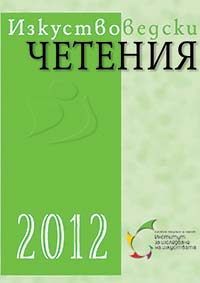 Summary/Abstract: According to deceased Alexander Alexandrov, one of the most competent Bulgarian film historians, a regular cinematographic life commenced in Sofia “with including cinematograph in the programme of the newly built Nova America theatre in the late 1906 or the early 1907”. He though devoted just 30 lines to the first steps of cinema in New America until the spring of 1912. This insufficient information was expanded as a result of the research work done by Dr. Peter Kardjilov over the recent years. The newly found facts showed that in the period 14 November 1907 – 14 March 1908 the programme of the Nova America variety show featured “cinematography by V. Petkov” on a regular basis. Vladimir Petkov (1875–1921) was the first Bulgarian, to whom film distribution became an occupation and a lifetime career. Furthermore, in this “largest familiar night club” he started presenting (from 17 January until 14 March 1908) filmed ‘business adds’. His “advertisingraph” challenged traders and industrialist (at the time) to prove (now) that as early as the beginning of 1908 the idea of making Bulgarian films (though promotional) was well feasible and technically realisable. It is this information, unknown until now to Bulgarian film history and made public for the first time in this paper, that helps the author to recreate that early and almost unstudied period of the history of domestic film.